Another Huduma Namba listing planned for those who missed out

• Mass registration for National Integrated Identification Management System (NIIMS) popularly known as Huduma Namba will soon be done again as it happened in May.

• He said the government has taken that into consideration and will allow them to get the documents  so that they are also able to register. 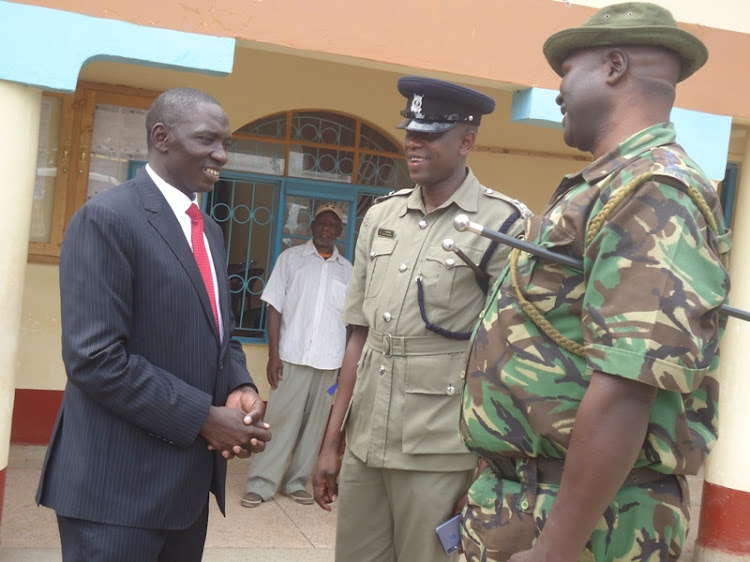 Another round of Huduma Namba registration will be done for the people who missed out on the extended period, Government Spokesman Cyrus Oguna has said.

He said on Thursday that after the mass registration ended on May 25, millions of people were left out even after a one-week extension announced by President Uhuru Kenyatta.

Rtd Colonel Oguna said many of the people who were unable to register did not have national Identification Cards and birth certificates by the time the drive was completed.

He said the government has taken that into consideration and will allow them to get the documents  so that they are also able to register.

Oguna said there will be a two-week window for mass registration for the Huduma Namba which will be announced officially.

He spoke in Mbeere South constituency’s innovation hub at Kiritiri in Embu  during a weekly press briefing on various national issues.

Oguna, however, said the registration will not be in market places as it happened in May but at the offices of assistant chiefs. He urged the people who did not register to take advantage of the new registration period and get the crucial numbers.

At the same time, he told officers who were recruited to carry out the registration that they will get their pay this week.

He said the exercise took 52 days and that the payment of the officers was broken into four phases. The first phase was for 20 days, the second 15 days, the third 10 days and the fourth seven days owing to the extension by the President.

He said payments for the first two phases have already been done, and that 70 per cent of those who participated in the exercise have been paid. Oguna said the remaining 30 per cent payment is being processed this week and that the seven days extension payment will be done next week.

He said the government was concerned about the welfare of the officers contrary to their complaints that it was not minding about them.

Some 489,647 people in Busia have registered for Huduma Namba.
Counties
3 years ago

This week, Huduma Namba registration centres will be open from 6am-6pm.
News
3 years ago
Post a comment
WATCH: The latest videos from the Star
by REUBEN GITHINJI Corespondent, Embu
News
06 July 2019 - 07:18
Read The E-Paper