•Kenyans,family and friends together with other leaders gather at Holy Family Basilica for the 50th anniversary of Tom Mboya passing.

•Among the top leaders present is the opposition party leader Raila Odinga. 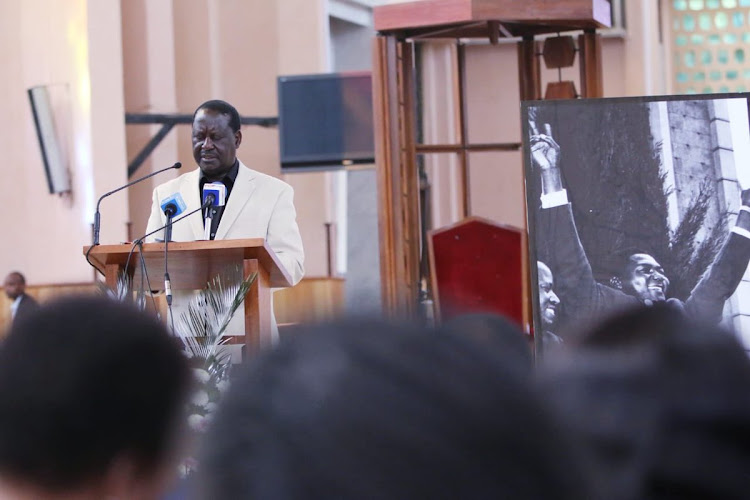 Family and friends of the late Tom Mboya gathered at Holy Family Basilica on Friday for his 50th death anniversary.

Uhuru is in Tanzania.

Uhuru described Tom Mboya as an icon of post-independence Africa and one whose systems revolutionised the world.

He said Mboya was an acutely intelligent man whose hard work opened doors for hundreds of people to access education and employment.

The president continued to say that Mboya was a pioneer of Africa's independence and our modern states and Kenyans continue to find guidance and inspiration from his life.

Tom Mboya was a family man and had five children together with his wife the late ambassador Pamela Mboya.

Tom Mboya will forever be remembered as a man whose legendary status bestowed unity bridges.