• Itumbi has been known for courting controversy throughout his career as a journalist.

• Banished from the President's Office, he moved to Harambee Annex with the DP. 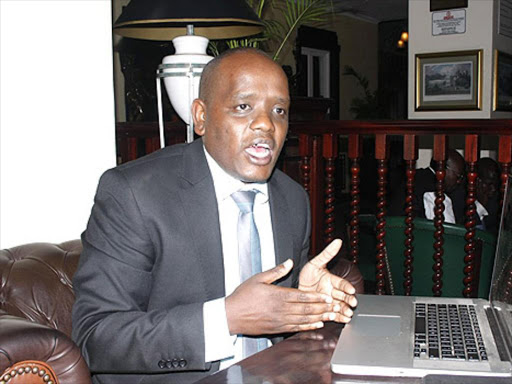 Blogger Dennis Itumbi has courted controversy throughout his career as a journalist.

In July last year, all social media handles that Itumbi had set up were disabled by Kanze Dena, spokesperson for the Office of the President and head of his Strategic Communication Unit.

The move followed inaccuracies and conflicting information that was being dispatched to the public and media houses from State House.

Dena directed that all official information was to be channelled through official handles, which she provided media houses.

Dena was categorical that State House would not take any responsibility for any inaccuracies arising from information given out by media channels other than those she had listed.

Itumbi's troubles date back to 2013 when Manoah Esipisu was handpicked by  President Uhuru Kenyatta to be in charge of communications. Esipisu is now Kenya's High Commissioner to the court of St James in London.

Soon after Uhuru assumed power, there were reports of infighting that forced the President to intervene and warn the communication team, including Itumbi, against undermining Esipisu.

Itumbi on Monday lashed out at newspaper for linking him to letter.
News
1 year ago

In March this year, Itumbi was on the spot for trying to make the wife of DP Ruto, Rachael, look philanthropic during the drought.

He had tweeted pictures of Rachael next to a lorry, giving out foodstuffs and other supplies to purportedly drought-hit residents of Turkana and Baringo counties. It later emerged that the pictures were actually taken from a trip the DP’s wife had made in April 2014.

Itumbi had contested his arrest on suspicion of being behind the hacking of the International Criminal Court (ICC) website in 2012.

Itumbi says detectives haven't told him the reason for his arrest.
News
1 year ago

Itumbi is remembered to have shown his support to journalist Jacque Maribe when she was charged in court with murdering Nairobi businesswoman Monica Kimani.

During Maribe’s stay in remand, Itumbi wrote numerous posts on social media to show his solidarity with the Citizen TV journalist. He also attended court sessions when Maribe applied for bail and awaited ruling.

Itumbi was ridiculed for his public demonstration of affection for Maribe, who had been charged together with the journalist's former lover, Joseph ‘Jowie’ Irungu.

Boniface Mwangi: I warned Itumbi politicians would use and dump him

Mwangi says Itumbi is a "pawn in a bigger scheme."
News
1 year ago

Dennis Itumbi says the article indirectly points to him.
News
1 year ago