• Big screens were erected outside the church to allow those who couldn't fit in the main sanctuary to follow proceedings. 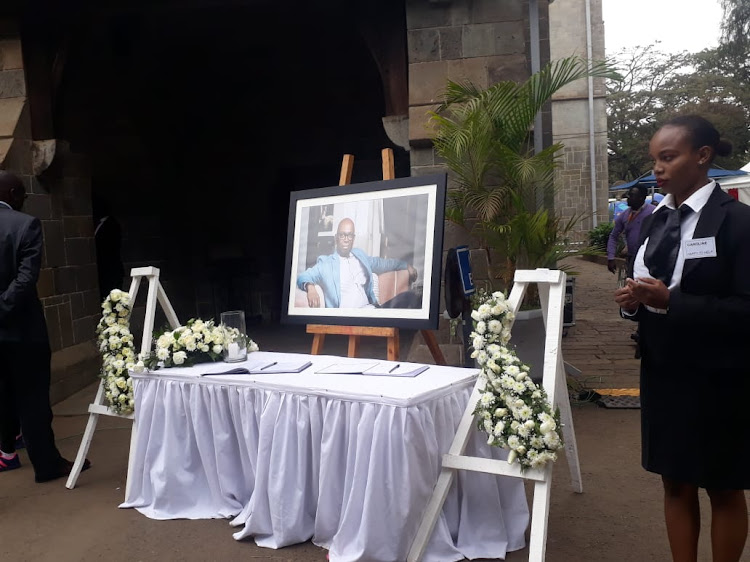 Guests started streaming in for former Safaricom CEO Bob Collymore's memorial on Thursday at All Saints Cathedral, Nairobi, from 9am.

Top business leaders and politicians were among attendees.

Big screens were erected outside the church to allow those who couldn't fit in the main sanctuary to follow proceedings.

The service will start at 11 am.

Attendees were dressed in bright colours.

The late Collymore's wife Wambui Kamiru was dressed in a navy blue floral dress and a white trench coat.

During an interview at the JKL on Wednesday, Jeff read a text message from the late Collymore's wife Wambui Kamiru that requested Kenyans attending the memorial service  to wear bright colours.

"Kenyans should not wear black as is the norm in memorial services. I want  Collymore’s life to be celebrated, not mourned, the Church to be colourful."

Collymore died on Monday at his home in Nairobi after a long battle with blood cancer.His body was cremated on Tuesday at the Kariakor crematorium in the presence of his family, close friends and a few staff from Safaricom where he had been chief executive for 10 years. 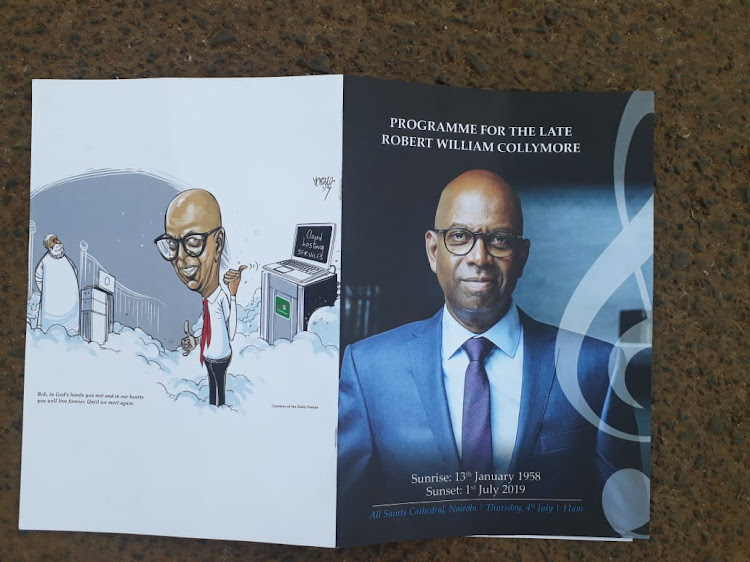 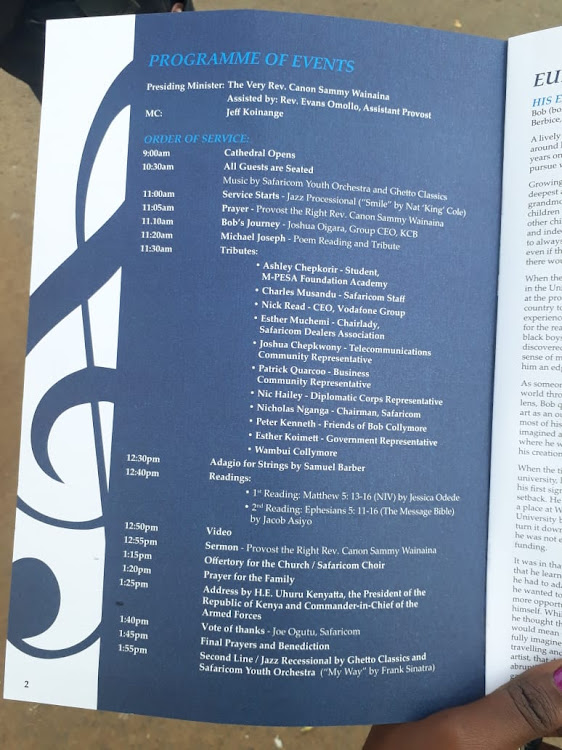 Safaricom had indicated there will be no parking at the cathedral and limited space at Uhuru Park.

Journalist Jeff Koinange will be the master of ceremony of the event.

Bob  Collymore,61, passed away at his home on Monday morning.

In a statement by the safaricom ,In October 2017, Collymore went to the UK to receive treatment for Acute Myeloid Leukemia and returned in July 2018 to resume duties.

"He has been undergoing treatment for this condition since then in different hospitals and most recently at Aga Khan University Hospital in Nairobi," the statement said.

It added; "In recent weeks, his condition worsened and he succumbed to the cancer at his home in the early hours on Monday."

He connected millions through phone calls, messages and social media but at the end, only a handful was allowed to see him off.

The entire Safaricom website was on Thursday made dark grey with a big banner honouring Collymore.

Collymore leaves behind a wife and four children.

A statement from the mobile service provider, Collymore passed away at his home on Monday morning.
News
3 years ago

Bob Collymore to be buried tomorrow

Safaricom on Monday changed the logo on its social media profile photos to grey to mourn Collymore.
News
3 years ago

Though Collymore has left us, his inspirational life will remain a great legacy
News
3 years ago

An unfeigned tribute to Bob Collymore

Human fear is borne more out of illusory cowardice than experiential encounters.
Opinion
3 years ago
by LYNDSAY NYAWIRA
News
04 July 2019 - 10:20