Revealed: New drugs youth use to get high at parties 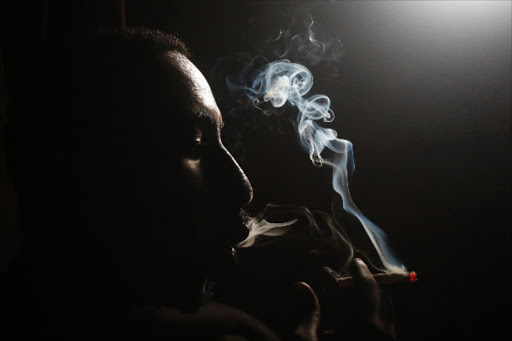 The lights are low, candles are flickering, the music is low and smooth. About 30 young people are lounging about, some dreamy, some giggling and loquacious, some wandering off into bedrooms.

This is an invitation-only house party in a leafy suburb where drugs are freely available, like rainbow-coloured candy worth hundreds of thousands of shillings.

It started at the poolside and then moved indoors where it got serious.

The same is true in select nightclubs with slow music and mellow jazz.

But there are classier ways to get high.

And many parents and guardians are oblivious.

There's something for everyone: rich kids, middle-class kids and poor kids — and 'grown-ups' too.

Drug abuse has reached a terrifying level. Exotic drugs and new substances concocted from legal over-the-counter medication are finding their way into parties and social gatherings.

While alcohol, marijuana, cocaine and heroin come to mind, young people are now consuming  ‘designer drugs’. These are psychoactive narcotics created from synthetic chemicals that mirror the effects of other drugs. They are usually imported.

Some other drugs can be made from readily available medicine at any pharmacy.

Methamphetamines, for example, can be concocted from decongestant medication, and codeine, which is added to suppress coughs. It's often mixed with alcohol. Codeine officially requires a  prescription, but can still be bought from some chemists.

Other drugs include diazapam (Valium), a muscle-relaxant and even bath salts, which are banned.

Many youths especially those aged between 18 and 35 years are using party drugs which  I witnessed at several parties in high-end suburbs and high-end clubs.

I joined a table and as midnight approached, pink and green pills were broken into small pieces and passed around.

“This is Molly. You should try it,” someone said. “Or do you want to taste pure ecstasy instead?”

Ecstasy is  3, 4-methylenedioxymethamphetamine, a psychoactive recreational drug. Molly is a  purer form of ecstasy.

It kicks in after 30 to 45 minutes and its effects can last for six hours.

It causes altered sensations, high energy, empathy, as well as confusion and delirium.

Ecstasy is  3, 4-methylenedioxymethamphetamine, a psychoactive recreational drug. Molly is a  purer form of ecstasy. It kicks in after 30 to 45 minutes and its effects can last for six hours.

It causes altered sensations, high energy, empathy, as well as confusion and delirium.

A 24-year-old woman was overwhelmed. From quietly observing her surroundings she was transformed into a nonstop talker,  trying to dance and maintain her balance. Some young men laughed, some looked away in embarrassment. They'd seen this before.

Then the woman was given something to chew so she would not bite her inner cheeks, a side-effect of ecstasy that causes muscle tension, teeth grinding and jaw movements.

At this point, the woman was making sexual advances towards other guests. She was later driven home in a state of delirium, and I  hope that she arrived in one piece.

One Sunday I attended another house party for the 'cool kids'. To get in, I lied that I belong to a prominent family, hoping no one would pay attention.

As before, the music was mellow. then out came the coloured pills. Many asked for Molly, I did too,  slipped it into my pocket and watched.

After 30 minutes a number of people became hyperactive talkative. As the night wore on, some fell asleep as the effects wore off. Others entered a zombie-like state.

It was a stay-over.

In the morning, I asked one fellow who had taken Molly and become loquacious what it was like.

"Molly feels great," he told me."It enhances the sensation of touch. It makes me happy but once my body normalises, I have no appetite.

"Once it leaves your system, nothing entertains you. You become a zombie," he said.

MDMA (Ecstacy) was originally developed as a medication for depression. It induces a sense of euphoria. In extreme cases, it can cause hypertension, cardiac issues and hypothermia. Some overdoses are fatal.

IIt comes in different doses, most weigh 50mg to 150mg, which can be broken up into smaller pills or ground into powder. It can be pink, green, yellow, blue and other hues.

A supplier of Ecstasy or MDMA (3,4-Methyl​enedioxy​methamphetamine) told me, "A pill goes for Sh1,500 depending on the milligrams. Some even go for double the price if the demand is high. My clients are teenagers from high-end neighbourhoods and well-to-do families. Some can even spend Sh30,000 a week.

"I import most drugs and do it in order. This is my only source of income and it pays well."

One user told me, "You can take it before or after alcohol. It makes me happy, high, over excited and bubbly ...Some vomit after taking it while others don't."

A university student told me, "Molly is courage-inducing. It gives me the courage to face any man have a crush on."

Another user told me, "I take Ecstasy after getting drunk and I vomit afterwards. After 30 mins, I get super hyper."

The user who completed university a couple of years ago added, "It's a social drug. You shouldn't take it when you're alone because it won't be fun. Mostly we take it t specific clubs."

Another user told me, "You have the urge to hug everyone around you. You also see vibrant colours; everything becomes more colourful and attractive."

"You need to be chewing all the time or you'll bite your inner cheeks. You become very thirsty and dehydrated and need to take a lot of water. We fill our mouths with ice cubes at regular intervals."

Another youth added, "You can't take these drugs and listen to club bangers, loud music or very fast music, your head will explode."

Bath salts, which sound innocent, have been banned. They are recreational designer drugs that mimic methamphetamine. They contain pesticides and fungicides, and other chemicals that are potentially deadly.

It can cause hallucinations, terror, anxiety, increased sex drive and euphoria.

A rich kid from a prominent family told me, "I love bath salts. I buy a crystal for Sh1,500 and I love it because it keeps me high whole night."

Codeine cough syrup can be mixed with lemon soda and acetaminophen. It turns purple and is a common house party signature drink.

This story was produced in partnership with Code for Africa’s iLAB data journalism programme, with support from Deutsche Welle Akademie.

Parents are too involved in their careers, neglecting this role to teachers.
Opinion
3 years ago

Headliners and the county government aimed at sensitising the youth on the dangers of drug abuse.
Sasa
3 years ago
Post a comment
WATCH: The latest videos from the Star
by CAREN NYOTA
News
15 June 2019 - 06:00
Read The E-Paper