• There have been discussions since February about the budget policy statement that set the ceiling. The budget was then presented in Parliament on April 30.

• How we shall repay the substantial sums borrowed since some of the loans that we have taken are maturing this or next financial year. 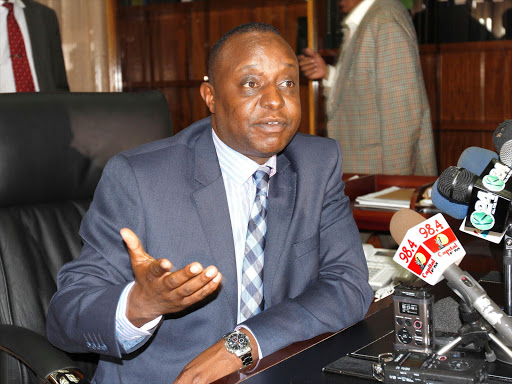 The starting point is to appreciate that what Cabinet Secretary Henry Rotich will read out today is not necessarily new. This is because budget-making is a process.

There have been discussions since February about the budget policy statement that set the ceiling. The budget how we shall repay the substantial sums borrowed since some of the loans that we have taken are maturing this or next financial year.was then presented in Parliament on April 30.

What we expect today is a presentation done in line with the East Africa Community tradition that all member states read out their budget on the same day.

One of the issues we expect, you will have noticed in the last couple of years,  is the deficit rising, which means there has been more borrowing and the public debt has increased tremendously.

One statement the public would want to hear is the measures that have been put in place to reduce the deficit which is the money which we cannot raise through ordinary income.

The second issue is how we shall repay the substantial sums borrowed since some of the loans that we have taken are maturing this or next financial year.

What are the mechanisms put in place to pay them back without affecting the normal running of government?

Because of revenue shortfalls, Treasury had proposed to cut the amount that had been allocated to counties by about Sh9 billion in the last financial year and we are aware that not all the monies that were to be sent to counties have been disbursed.

Indications are that 68 - 70 per cent of counties’ cash has been disbursed as of now, and the financial year is coming to an end in about 16 days. Therefore one of the things we should be keen to hear is whether there is no money and what measures are being put in place to correct the situation.

Returning to revenue, we would like to get what is being done to raise revenue moving forward and try to manage the shortfall.

Now that we have an idea of counties’ GDP, we know the productive areas in different counties. Will the investments follow in those particular areas and what kind of investments shall they be?

Are we spending our money in the most productive and prudent manner?

Because of the current situation, we shall expect to see the austerity measures put in place to cut wastage and non-essential spending.

Rotich to present Sh3.08 trillion budget to MPs next week

Counties will receive 371.6 billion, 12.1 per cent more than this financial year.
Business
3 years ago

Recurrent expenditure  is expected to account for 78.9 per cent of the budget.
Business
3 years ago