• Cabinet considered the brief and approved the proposed Budget Estimates for submission to the National Assembly.

• The budget has a deficit of Sh556 billion shillings. 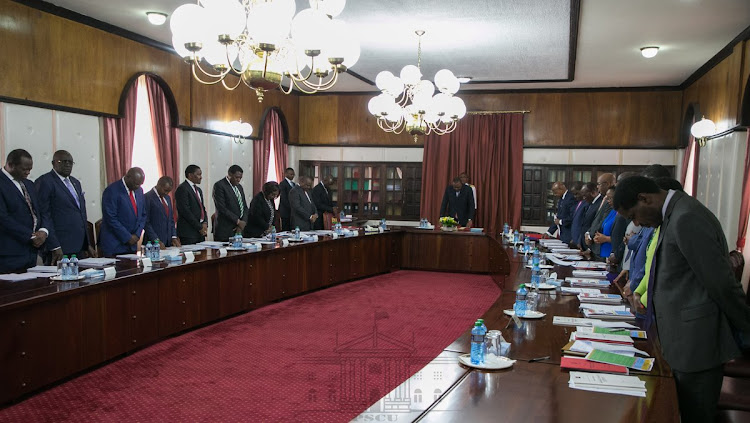 President Uhuru Kenyatta on Thursday chaired a Special Session of the Cabinet during which the Cabinet was briefed on the Budget Estimates for the Financial Year 2019/2020.

According to a statement from PSCU, the Cabinet considered the brief and approved the proposed Budget Estimates for submission to the National Assembly.

The Treasury has allocated Sh671 billion for the development agenda.

CS Rotich has also allocated Sh314 billion to the counties.

Constituency funds have been allocated Sh5 billion in the budget.

The budget has a deficit of Sh556 billion shillings.

This means Kenya Revenue Authority will have to work harder to raise the deficit.

The government has increased its 2018-19 spending by Sh80 billion, defeating efforts by President Uhuru Kenyatta to have the Treasury institute austerity measures.

Unlikely that the increase will see KRA hitting its collection targets altogether.
Business
3 years ago

We expect much more than the lines that money will be spent on, but how it will be raised.
News
3 years ago

How Rotich plans to spend your money in Sh3.02 trillion budget