• Kenya Secondary School Heads Association says the debate on lowering the age of consent to 16 years portrays the country as losing morals and direction.

•The Headteachers association wants the age to be increased to 20 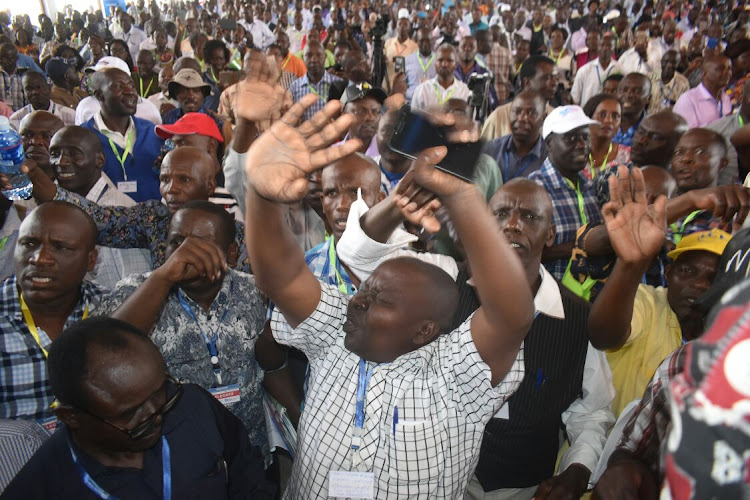 That still doesn't mean their brains are mature, their judgement and impulse control are sound. Couple that with a blast of hormones and you know what to expect.

The Kenya Secondary School Heads Association on Monday said the current debate about lowering the age of sexual consent to 16 years of age portrays the country as losing its morals and direction.

The legal age of consent is 18 for both girls and boys.

“As a country are we running mad that we now want to start discussing at which age a girl should consent to sex?” Kessha chairman Indimuli Kahi asked.

Kahi said as a matter of principle, the association wants the age to be increased to 20, when the young adults have completed their secondary education.

The debate was sparked on March 26 by three Court of Appeal judges who said the time is ripe for a realistic discussion about lowering the age of consent to 16.

Sex at young ages is very common and jails are teeming with men and boys convicted of defiling willing partners.  These girls are still considered children and incapable of giving informed consent.

The same is true of teen males' judgment and risk-taking.

“Unless we are saying as a county that we are mad. If we are mad, then, yes, reduce the age of consent to sex to 16," Kahi said.

“But if you do that, then don’t blame a teacher or any other adult if they are found with such a case,” Kahi said.

Experts, neuroscientists, biologists and psychologists say that in teens and young adults, the amygdala or primitive ' reptile brain' — the gut instinct — dominates.

But as they get older the prefrontal cortex dominates. It's in charge of impulse control, emotional reactions, planning skills, focussing attention, prioritising information, among other things.

The principal are meeting at the Kenya School of Revenue Administration in Mombasa for their 44th annual conference.

They said they stand for positive moral values.

The educators said the moral values that they are promoting are bearing fruit as there has been a significant reduction in school arson by students this year.

Kahi said, “We pray that the arson cases continue to go down.”

He said the "secret" behind the decline is a new method of dealing with the problems students face.

Kessha held a one-week conference that brought together 2,500 student leaders from across the country to deliberate about their problems and issues in school.

“We equally shared with them what we expect whenever they are facing situations in school that warrant them to express their opinions. Burning of schools is not a solution,” Kahi said.

He said the students were urged to become peace ambassadors in their schools.

School principals were also encouraged schools to start peace clubs and create peace corners where students can go and discuss issues that may make them misbehave engage in violence.

Principals, Kahi said, have also partnered with anti-terror groups that go round schools to address issues of radicalisation and extremism

“This is a programme that has been running for the last two or three years. The fruits of all these efforts supported by the Kenya government are what we are noticing now — the rate of arson in school this year going down,” said Kahi.

He said these efforts will continue so that principals engage with students frequently to bring the cases to zero. Students often say that teachers and principals don't listen to them and take them seriously.

“We are aware that a few schools this year were burnt. We hope we will not see many more, then next year we can move to having a year without fires,"

Age of sexual consent should be 20 — Knut official