Passaris hits back at Sonko over hotel invite allegation 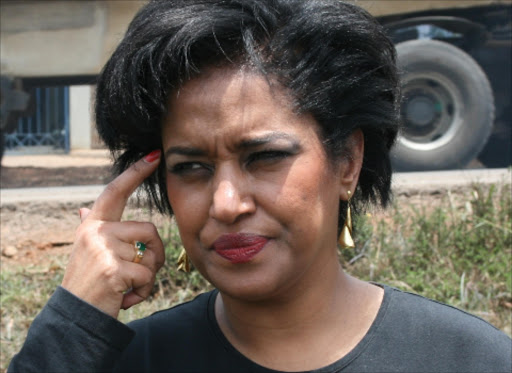 Nairobi Woman Representative Esther Passaris has hit back at Governor Mike Sonko after he alleged she invited him to her room at the Intercontinental Hotel, Nairobi.

This comes after Nairobi Governor Mike Sonko  attacked Passaris during an interview with Citizen TV on Wednesday last week.

He alleged Passaris had been demanding money from him since her election to office in 2017.

Sonko went on to allege the Woman Rep invited him to her hotel room.

The interview was cut short after Sonko continued to speak negatively about Passaris and refused to be stop.

Speaking at JKIA on Monday, Passaris accused the governor of twisting her words.

"I would love the hotel, Intercontinental, to access all my private data as to when I stayed in that hotel," she said.

Passaris said her two-day stay at the hotel was during the Parliamentary induction exercise in 2017.

The conversation she had with the governor was him asking whether she would attend the induction since there was speculation ODM politicians would boycott the session.

Passaris has asked the DCI to investigate the accusations of her asking for county money.

She said she would follow the court process to ensure justice is served.

Passaris said Sonko doesn't pick his calls and he retorted saying he isn't her husband.
News
3 years ago

Told Passaris he isn't her husband and shouldn't expect her calls to always be answered.
Counties
3 years ago

Kobia said the normalisation of gender-based violence in Kenya is worrying.
News
3 years ago
Post a comment
WATCH: The latest videos from the Star
by LYNSY NYAWIRA
News
10 June 2019 - 11:52
Read The E-Paper