• BTC wrote to Rhino Ark to complain on May 27 and was evicted by KFS  on June 5.

by GILBERT KOECH News Reporter
News
08 June 2019 - 18:45
Hectares of vegetation at the Aberdare National Park that was destroyed in a past fire.
Image: COURTESY

The Bamboo Trading Company has protested the decision by Kenya Forest Service last Wednesday to evict it from Kieni Forest.

The company believes it is being victimised for exposing illegal farming and tree harvesting inside the Rhino Ark fence in the Aberdares.

The BTC has been planting and harvesting indigenous bamboo on 500 acres in Kieni Forest. It also has a small tented camp to accommodate researchers and visitors.

Its first 10-year licence had expired but BTC chief executive Liam O'Meara stated in a letter dated June 5 to KFS Chief Conservator Julius Kamau that former Environment CS Judy Wakhungu had authorised a renewal of the Special Use Licence.

On May 27  O’Meara wrote to the Board of Rhino Ark highlighting "the neglect of the forests on the southern end of the Aberdares". He claimed that "thousands of people develop farms and erect houses inside the fence" and provided Google Maps to show the area of encroachment between 2014 and 2017. 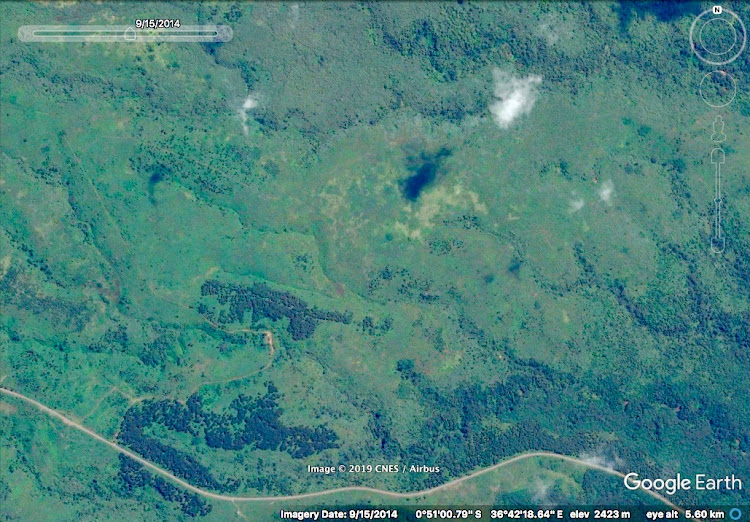 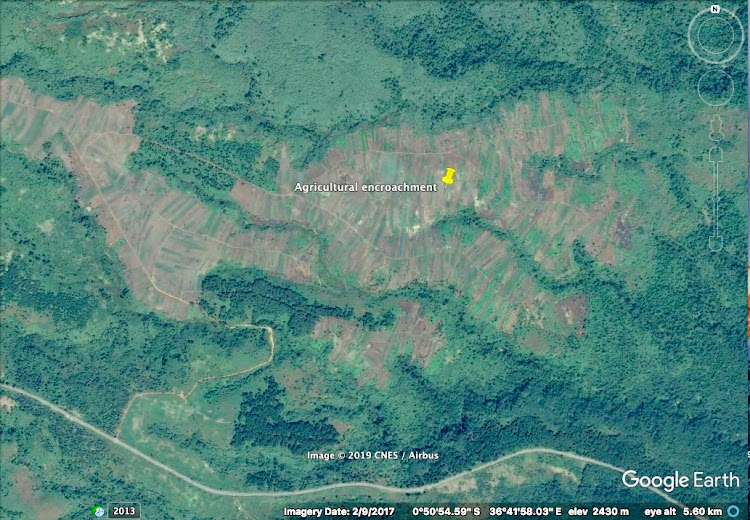 "It is being burnt and encroached on by thousands of people who want to grow vegetables and graze their livestock. Large numbers of people move in and out of the Rhino Ark fence daily," he wrote to the board.

The chairman of the Rhino Ark board is Isaac Awuondo and the CEO is Christian Lambrechts.

O'Meara also claimed that the electric fence around the Aberdares, paid for by Rhino Ark fundraising activities, was regularly being switched off to allow farmers easy access.

O'Meara also claimed that pine and cypress were being planted by local people when the KFS had agreed with Rhino Ark after it paid for the fence around the Aberdares that only indigenous trees would be planted.

"The truth of the matter is obvious to all of Rhino Ark’s donors and its board members to see. They can use Google Earth or they can visit the sites themselves," O'Meara stated. He attached multiple photos of farming inside the fence to the letter.

"This is a private company, the best thing you can do is to call Kenya Forest Service," Rhino Ark CEO Christian Lambrechts said yesterday.

KFS Chief Conservator Julius Kamau said the KFS board declined to give the license to the company in 2017.

"We must uphold the rule of law. From my understanding, the board considers all applications and decided whether to renew the licence or not, there is nothing to hide," Kamau said.

He could not comment on whether there was illegal farming and tree harvesting going on in the forest.