Uhuru has to keep his promise of creating youth jobs

• I met the President and asked him to intervene.

• Some government officials took advantage of the war against counterfeit goods to harass genuine traders. 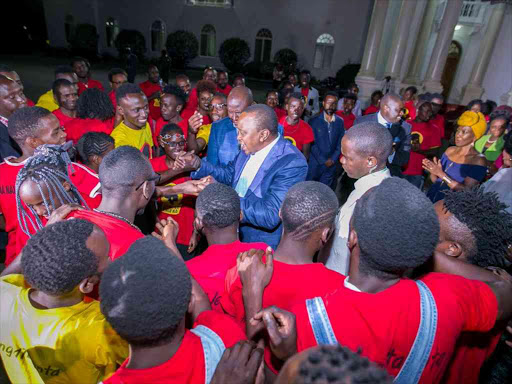 First of all, let me thank President Uhuru Kenyatta for taking it upon himself to step in and intervene in this serious imports crisis that is not just affecting small scale traders from Mt Kenya region alone, but the entire country.

Kenyatta and Deputy President William Ruto won the 2013 and the 2017 presidential elections on the promise they would create jobs for the youth.

Before the situation deteriorated into what it has become, there was a conducive business environment which allowed traders to buy and sell without many constraints.

In recent weeks, if you walked downtown in the major trading streets of Nairobi, it is clear that many shops have been closed down or are at the verge of being closed down because there is no business.

These shops are owned and operated by the youths who are either selling mobile phones, clothes and shoes. Some sell vehicle spare parts while yet others deal with electronics.

On several occasions, I approached the office of the President, but I would be referred to a number of ministries and when I got there, we would discuss with the Cabinet Secretaries. Eventually, they would tell me that some decisions required the intervention of the President.

So one day, I met President Uhuru and told him about the dire situation in Gikomba, Muthurwa, Industrial Area and in Kamukunji where traders are crying of hard economic times - they are no longer making money neither do they have goods to sell.

The President listened to my concerns and he asked me to organise so he could meet representatives of the traders at State House and discuss how to unlock the situation.

He (Uhuru) listened to the traders and was convinced by their concerns. That is why he personally visited the Inland Container Depot in Embakasi to see, first hand, what was happening.

After his visit, he issued a number of directives which we hope will resolve some of the challenges the traders have been facing.

Some people in government took advantage of the fight against counterfeit products to harass genuine and hardworking traders. The Kenya Revenue Authority was penalising traders with unpredictable charges which would affect the businesses negatively and lead to losses and loss of jobs.

The Starehe MP spoke to the Star