GUNS TO BE ANALYSED

Shoot to kill order issued against cattle rustlers in Laikipia

Musyoki said the withdrawal of guns is aimed at flushing out the criminals.

• Musyoki has defended the disarmament of National Police Reservists saying the move is aimed at flushing out criminals. 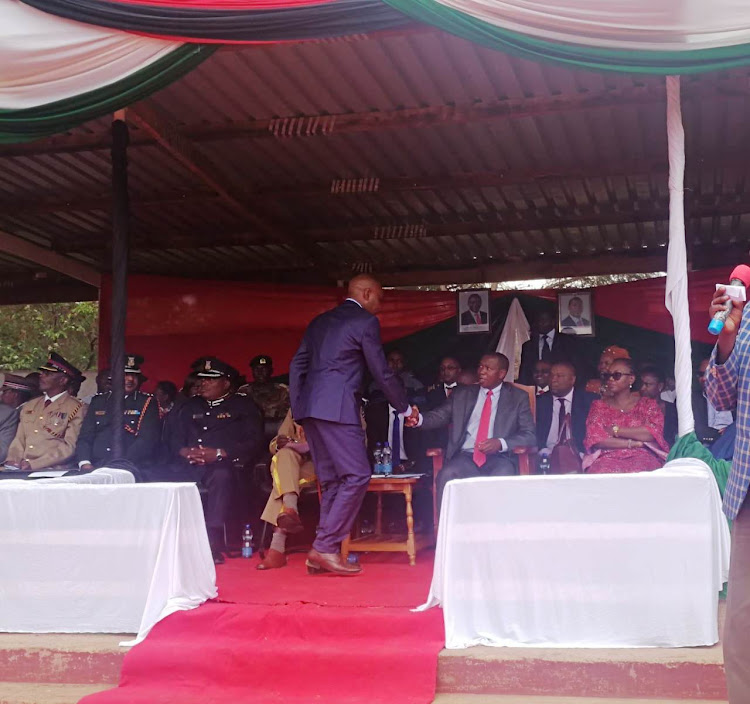 Speaking during Madaraka Day celebrations at Nyahururu Stadium on Saturday, Musyoki defended the disarmament of national police reservists, saying some were using their weapons for criminal activities.

He said the withdrawal of guns is aimed at flushing out the criminals.

The said the government recalled the guns for biometric analysis to help identify those misusing their weapons.

“Some of these NPR are involved in cattle rustling using the government weaponry. Recently, some of them were intercepted escorting livestock belonging to a local leader in Ngobit area which is against the law,” Musyoki said.

He said Laikipia Nature and Conservancy has offered land for the installation of security apparatus to help monitor bandits from neighbouring counties.

“There are County Policing Authority chaired by the Governors but in this particular case Muriithi was not involved and we wonder why,” Mwaniki said.

Mwaniki said he supported the biometric registration of firearms in the hands of police reservists and urged the national government to remunerate the officers because they do not get salaries.