Omtatah says the notes are irregular

•Secondly, the prescription, order and decree that the Sh1,000 notes will expire after October 1, is also an annullity in law 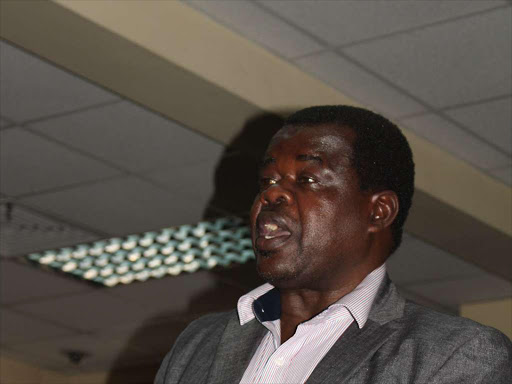 The new general currency notes launched during the Madaraka Day celebrations is irregular. The banknotes still contain the portraits of Mzee Jomo Kenyatta. This violates the Constitution. Specifically, it violates Article 231 Clause 4, and therefore, they [banknotes] are null and void. They have no effect in law and must be rejected.

Secondly, the prescription, order and decree that the Sh1,000 notes will expire after October 1, is also wrong in law for two reasons. The first is that section 34 of the sixth schedule to the Constitution read together with Article 231 Clause 4, the money will not be rendered null and void.

The new notes are supposed to be used concurrently with the old ones until such a time that they (old notes) are no longer in circulation. So, the issue of annulling some notes is illegal and cannot be accepted.

What the government should have done is to mop up the old notes through the banks. If people deposit money in the banks, the Central Bank of Kenya should have ensured that the notes do not get back to the market. That is the only way to recall the old notes and at the same time, comply with the law, especially the Constitution. But you cannot give a deadline and say this and this will be valid from this time. That will be illegal.

Thirdly, the directive to invalidate the Sh1,000 notes is also null and void in law because it is a policy that does involve public participation.  It is arbitrary and unreasonable. The Constitution that Kenyans overwhelmingly voted for in 2010, is clear that before a directive of such a magnitude is given, the views of the people must be sought. Anything short of that contravenes the Constitution and the law and therefore null and void.

In the case that I filed in court sometimes back, the judge ruled that the CBK and I should go back and agree. CBK was supposed to remove the portrait of Kenyatta from the notes, but they went ahead and did it the way they want. So, I think we will go back to court and invalidate this money. The government must act according to the law.

The human rights activist spoke to the Star

Activist Okiya Omtatah has appealed against a decision by the Court of Appeal that allowed the printing of the new-look currency. In an appeal to ...
News
3 years ago
by OKIYA OMTATAH
News
03 June 2019 - 00:00