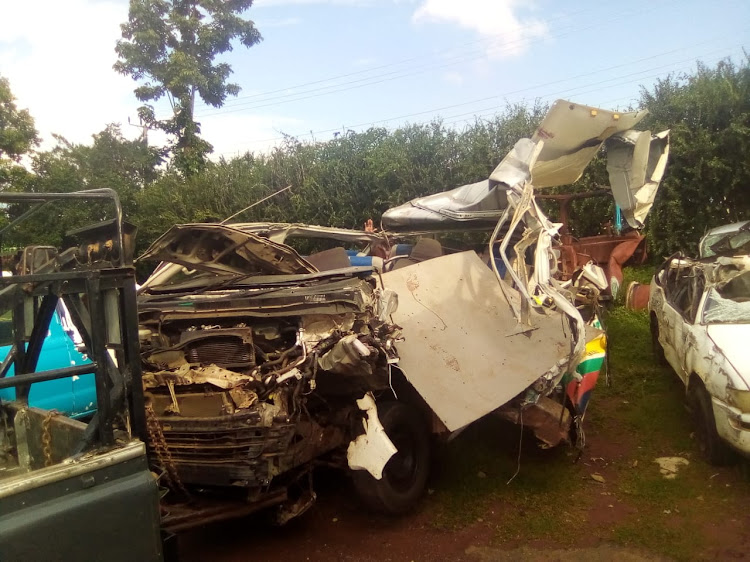 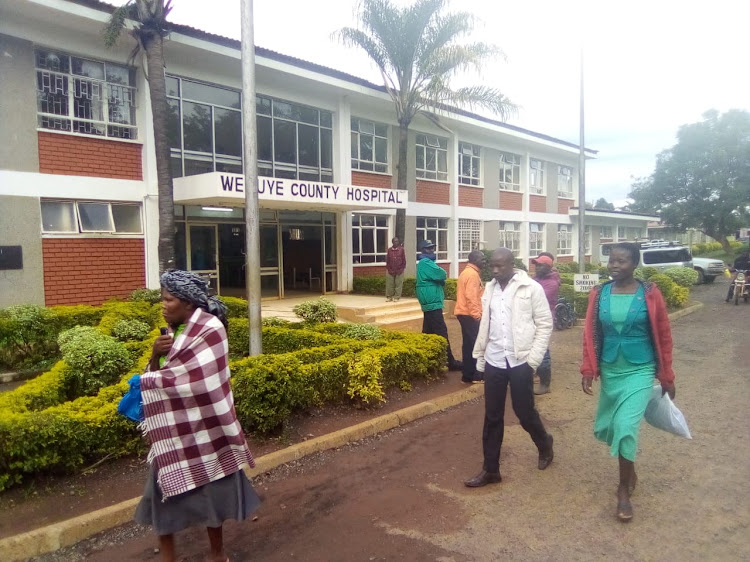 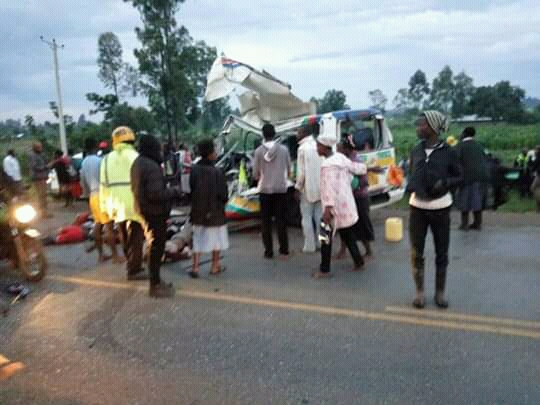 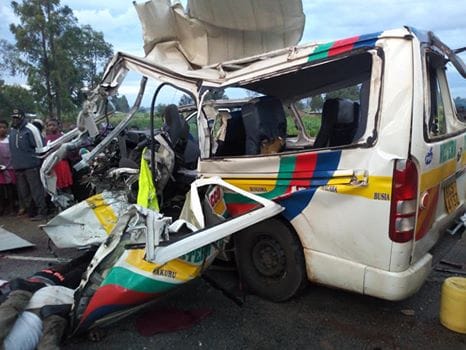 Seven people died on Saturday morning in an accident at Matulo area, a few metres from Webuye town.

The accident left seven others with serious injuries.

The accident occurred after a matatu travelling from Bungoma headed to Webuye tried to overtake a bus and rammed into a lorry that had parked on the road.

The lorry had developed mechanical problems and stalled on the road.

The driver of the matatu fled.

The injured were taken to Webuye Subcounty Hospital.

Among those who lost their lives was a second year student of Kibabii University.

He said the matatu driver may have been speeding.

The accident comes barely three days after Ugandan high commissioner Phibby Otaala was involved in a crash at Kimwanga area along the Eldoret-Malaba highway.