State to deny entry of unattended luggage from Somalia

• It is said the money belonged to a ranking Somali intelligence operative.

• CS Juma said any such cargo will be seized and destroyed in line with air transport regulations as they are a threat to national security. 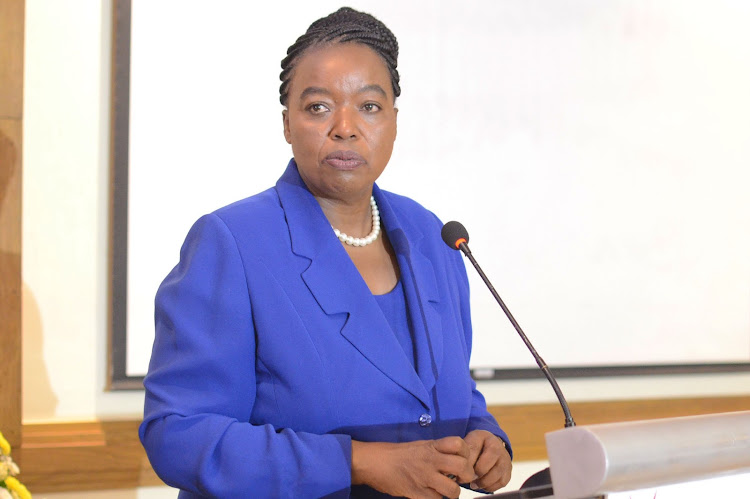 The relationship between Kenya and Somalia continues to deteriorate after Foreign CS Monica Juma announced that unaccompanied cargo on flights from the Horn of Africa country will no longer be allowed entry.

This followed reports that unaccompanied luggage containing $1.7 million (Sh170 million) from Somalia was detained at JKIA on Monday night.

The money is said to belong to a senior officer in Somalia intelligence circles and operatives linked to President Mohammed Farmaajo's family.

The reports indicate the money was sourced from Ethiopia.

Juma said in a statement that unaccompanied pieces of luggage from Somalia will be seized and destroyed in line with air transport regulations as they are a threat to national security.

“The government of Kenya has noted with concern many pieces of unaccompanied baggage on flights emanating from Somalia. This contravenes international air transport regulations and poses a security threat,” she said.

"They will [now] be confiscated and destroyed in line with applicable, air transport safety and security regulations and the carrier airline will be held responsible,” it added.

The government also dismissed claims that four officials from the war-torn country were denied entry into the country despite travelling on a diplomatic passport.

The state explained that the Somali nationals denied entry on May 20 only had a diplomatic passport, but "lacked proper documentation and visa" to be allowed into Kenya.

“The government has no intention of denying Somali nationals entry into Kenya provided they have the necessary entry requirements which are known to the immigration officials of the Federal Republic of Somalia,” the Ministry of Foreign Affairs said.

But denying entry to the top officials who were to attend an EU-sponsored cross-border conflict management programme made Somali government retaliate, barring its officials from attending any meetings hosted in Nairobi.

The Farmaajo government also gave non-governmental organisations operating in Somalia a month's notice to relocate their centres from Nairobi to Mogadishu or be barred from operating there.

Somalia's Ministry of Health and Human Resources last Sunday also wrote to UN agencies and donors asking them to reschedule any meetings set for Nairobi.

This means Somalia is not participating in the ongoing UN-Habitat assembly in Nairobi.

Earlier this month, Kenya also directed all aircraft from Mogadishu to first land at Wajir for security clearance.

The two countries are embroiled in a boundary conflict with Kenya accusing Somalia of extending its boundaries to hive off a land mass rich in oil and gas reserves.

Somalia President Farmaajo refused an out-of-court settlement as requested by Kenya, choosing instead to wait for the decision of the International Court of Justice where his country sued Kenya.