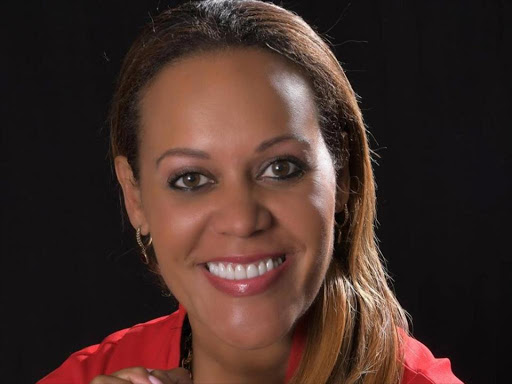 A parliamentary committee vetting nominees for diplomatic postings faces a puzzle over whether those who hold dual citizenship should be granted state jobs.

This cropped up during the vetting of Mwende Mwinzi who was nominated by President Uhuru Kenyatta as Kenya's ambassador to South Korea.

Mwinzi, who is from Kitui, is a citizen of the US and Kenya.

She was born and raised in the country before she left for the US as a teenager. Her mother is from Wisconsin.

MPs in the Defence and Foreign Relations Committee raised concerns of the dilemma should they approve her nomination.

The worry is that it would be difficult to trust whether she would stand with Kenya in case the US has strained relations with South Korea.

“Where would you stand in the event that the US takes a different position on a matter to do with Korea? Wouldn’t your links to the US put Kenya at a precarious situation?” Saku MP Ali Raso asked.

The committee cited the case of former IEBC commissioner Roselyne Akombe whom they accused of fleeing the country at the height of the challenges affecting the electoral commission in the run-up to the repeat election.

“How sure are we that you won’t be like the other one (Akombe) who fled when things got hot at the IEBC?” Raso asked.

The Katoo ole Metito-lead committee further cited the case of an official (unnamed) who was to represent President Kenyatta at a function in the US but was not given recognition.

The claim is that the US felt that by representation, the fellow was acting on behalf of the Kenyan President since yet the person had dual citizenship.

Mwinzi admitted she has lived in the US for long but quickly reminded the lawmakers she spends a lot of time in Nairobi with her family.

“I am the most patriotic Kenyan you will ever find. I have made it a practice to spend much time in the country, not just as my home but also as a person who has helped develop communities in my area,” she said.

“I can’t reemphasize my commitment to Kenya having voted and participated in elections here more than in the US. Bad experiences will be everywhere but that wouldn’t remove my links to Kenya,” she said.

Mwinzi was a founding member of the PNU wing in the US where she raised funds and campaigned for former President Mwai Kibaki.

“My engagement in community work and childhood has been in Kenya. I am a Kenyan through and through. I speak fluent Kamba and Kiswahili,” she added.

But MPs further raised issues of whether the nominee would remit taxes to Kenya or to the US.

“We are careful about this being the first case of its kind and will set a precedent for the country,” Metito said.

Kenya deported lawyer Miguna Miguna in a dual citizenship row despite the court ruling in favour of the self-declared NRMKe leader.

The Constitution says a citizen by birth does not lose citizenship by acquiring that of another country.

During the vetting, Mwinzi said she would focus on narrowing the trade imbalance between Nairobi and Seoul.

This followed revelations that while Korea traded Sh17 billion with Kenya, the latter exported about Sh3.2 billion worth of goods in 2017.

The nominee said Kenya’s products don’t do well because they are in raw form, calling for the need for value addition.

The candidate said if appointed, she would implore the relevant agencies to act upon the trade imbalance.

“Unless we value add, we will not get to the top shilling or top dollar for our goods. There is no reason we should export tomato only to import it as tomato paste…the same being the case of coffee.”

She revealed that Kenya has suffered a temporary ban for products such as green beans owing to quality issues and fears of pest infiltration.

“We have not been able to export produce that is pest-free and every nation is concerned about agricultural goods that may come and infringe on their ecosystem.”

Kenya may get a window, however, to export unripe bananas and broccoli even as the trade deficit is worsened by high taxes imposed on Kenyan tea by Korea.

Mwende called on concerned agencies to speed up the development of special economic zones to employ youths adding that Seoul would be keen on putting up value addition firms.

The nominee said she cannot promise much about tourism inflows from the east owing to the short vacation time granted to Korean citizens.

But he blames courts for delays in conviction of suspects since 2014.
News
3 years ago
by MOSES ODHIAMBO Journalist and Political Writer
News
30 May 2019 - 06:00