Auditor General has limited access to accounts of State House and the military, making them the most abused, MPs say

• Lawmakers want to know how money is spent and whether the expense is on things that give Kenyans value. 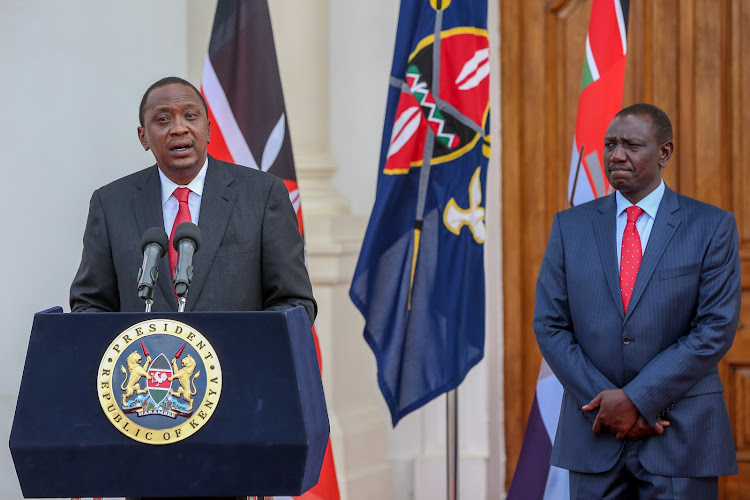 They are concerned that the secret accounts set aside for President Uhuru Kenyatta and DP William Ruto may be abused.

Kitui Central MP Makali Mulu said borrowing from international practices, it would be prudent for Parliament to oversee the secret kitty.

He made the proposal during the review of the State House 2019-2020 budget request for an additional Sh400 million.

The presidency is seeking approval of Sh11.2 billion, of which Sh4.8 billion will be for State House affairs

Mulu proposed that two members of the Committee on Administration and National Security be granted access to details of the expenditure and later inform members of their findings.

Mulu said, “Best practices outside Kenya is that a few legislators are vetted by the intelligence agencies —in our case the National Intelligence Service, to access details of the vote.”

The lawmaker said such scrutiny applicable to the Office of the President since a lot of money goes to the presidency under the confidential vote.

“The Time has come when we have to ask the Executive to vet members of Parliament who sit in the committee (Administration and National Security) to get details on the kind of expenditure it commits on the account,” Mulu added.

He said this will not only help the country make proper use of resources but ensure Kenyans get value for money “without jeopardising the essence of confidentiality”.

The lawmaker spoke when State House Comptroller Kinuthia Mbugua presented estimates for the presidency in the ongoing review of departments’ funding requests.

Kimilili MP Didmus Barasa said, “We must have two or three MPs looking at the account to check whether there are good programmes and to ensure the money is not embezzled.”

Mbugua also presented a plea to the committee chaired by Paul Koinange (Kiambaa MP) for Sh120 million for a presidential library.

Confidential accounts are becoming a matter of concern amid fears they are becoming channels for state corruption executed by unscrupulous officials.

Auditor General Edward Ouko is yet to fully win the fight to review secret accounts held by various ministries, security agencies and the military.

He said at a recent event by Africog in Nairobi that those who misuse the votes even “budget for what they intend to syphon from public coffers.”

The auditor has limited access to the secret accounts for auditing purposes, making them the most liable to be abused.

“It is a case of budgeted corruption where officials strategically put resources in the budget system and later extract them,” Ouko said.

The audit put former DCI boss Ndegwa Muhoro on the spot amid revelations the Interior ministry operated an account —contrary to the law — from which the presidency spent Sh8 billion, unexplained and without the National Treasury's knowledge.

Bank balances for the confidential accounts remain concealed on for what state operatives allege are security reasons.

Audits for the years ending 2017 and 2018 are yet to be concluded, an official at the Office of the Auditor General told the Star.

Ouko’s earlier reservations on the confidential account were that there is no proof of purchases and that some of the expenses are not done through Ifmis.

Mulu said parliamentarians are interested in knowing the criteria used to select the students “as there are a lot of gaps in terms of how the students are picked".

The committee further criticised the request for funds for maintenance of state lodges, saying it was time the irreparable ones were rebuilt.

Mwea MP Kabinga wa Thayu called out State House after noticing the terminology for the request has been changing from “general maintenance to refurbishment to general works to rehabilitation”.

“Do we have facilities that are old enough that should be replaced so we don’t incur these costs of repairs?” he asked.

Barasa said, “We gave State House money to refurbish state lodges... we want to put it to the Comptroller that we need to access these facilities to find out whether the money we gave out was used.”

He said he would recuse himself from further discussion on State House budget "if we can’t get an explanation of how the money was spent".

The auditor general has raised concerns over the use of more than Sh8.6 billion at the Interior ministry.In an audit report between 2013 and 2017, ...
News
3 years ago

A new audit report has unearthed how the Presidency is blowing up billions of shillings in unaccounted-for, confidential expenditures. It also ...
News
4 years ago
Post a comment
WATCH: The latest videos from the Star
by MOSES ODHIAMBO Journalist and Political Writer
News
29 May 2019 - 00:00
Read The E-Paper