Affidavit calls her claims incorrect, deceitful and a ploy to disguise, conceal and hide the source of funds and a classical scheme of money laundering

• ARA says there is no farm in Uyoma in Rarieda district, which Omollo is the source of her business. 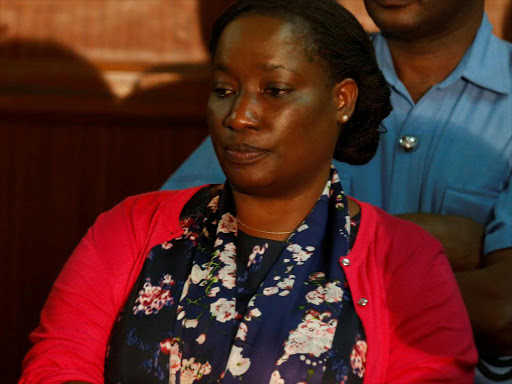 The Assets Recovery Agency has accused former PS Lillian Omollo of deceiving the court that she is a farmer who acquired more than Sh30 million in a farming business.

In a court affidavit in the NYS II scandal, ARA says the land in Uyoma, Rarieda district belongs to the family of the late Acheing Oneko, where Omollo is married.

It says the land has not yet been subdivided divided among family members.

ARA investigators Isaac Nakitare and Fredrick Musyoki said they travelled to Uyoma in Rarieda district and established that there is no farm in existence, as Omollo alleges.

“The allegation that Lillian is a farmer and the funds in issue are obtained from the farming business is incorrect, deceitful and a ploy to disguise, conceal and hide the source of the said funds and a classical scheme of money laundering,” reads the affidavit.

The officers said that when they visited the site, they met Nam Oneko, Omollo's brother in law. They said he told them the land belongs to the family of the late Achieng Oneko and is not yet subdivided among the family.

Allegation Lillian is a farmer and funds in issue are obtained from farming business is incorrect, deceitful and ploy to disguise, conceal and hide the source of the funds and classical scheme of money laundering

They also established there were no farming activities on the land as alleged by Omollo.

According to the court documents, there was one small greenhouse on a small portion of the land, which Nam Oneko told the officers belonged to him.

Another account at Equity in Omollo’s name had Sh1.68 million, while another account registered trading as Sahara consultants held at Diamond Trust Bank had Sh5.65 million

Three accounts registered in her children’s names contained more than Sh11 million. Documents filed in court state that the amounts were deposited between January 2016 and March 2018. Omollo was appointed PS for Public Service, Youth and Gender Affairs on December 18, 2015.

The Agency believes that the monies were unlawfully acquired and successfully had them frozen pending an application for them to be forfeited to the government.

It alleged Omollo made suspicious deposits totalling Sh35 million to 10 accounts belonging to her and her relatives while serving as the Youth and Gender PS.

“There is sufficient evidence that the above funds are proceeds of crime since Lillian did not provide any evidence indicating its legitimate sources and genuineness, hence, liable for confiscation under the Proceeds of the Crime and Anti-Money Laundering Act,” read the court documents.

The two officers in their affidavit said it is in the interest of justice that the funds held in her accounts be forfeited to the government and be transferred to the assets recovery agency. It would be spent for the public good on behalf of the citizens of Kenya.

Former PS Lillian Omollo yesterday was allowed to withdraw Sh2 million from her frozen bank account to cater for living expenses. But the account ...
News
3 years ago
Post a comment
WATCH: The latest videos from the Star
by SUSAN MUHINDI Court Reporter
News
29 May 2019 - 00:00
Read The E-Paper