Why anthrax outbreaks recur in Nakuru

•This belt stretches from Narok in southwestern Kenya, through Nakuru, to Murang'a and Meru in central Kenya. 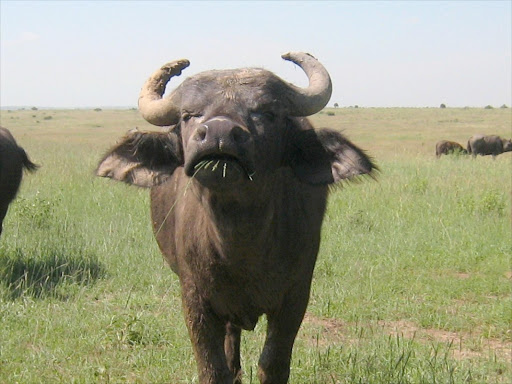 Last month, there was an anthrax outbreak in Nakuru county. But it’s not the first time. Nakuru seems to be a hotspot for these outbreaks. The Conversation Africa’s Moina Spooner asked Bernard Bett and John Gachohi to shed light on the reasons for this.

What is anthrax and how dangerous is it to people and animals?

Anthrax is a potentially fatal disease which mainly affects herbivores. Carnivores are generally more resistant to it. The disease can also affect humans.

It’s caused by a bacteria called Bacillus anthracis which produces different types of toxins that cause haemorrhaging, swelling and tissue death. The bacteria also prevents the host’s immune response. This allows it to quickly multiply in large numbers throughout the body.

When a host succumbs to the disease, millions of bacteria are released into the environment through bleeding or scavenging by other animals.

As soon as they’re exposed to the external environment – oxygen in particular – the bacteria transform into spores. Spores can live in the soil for many years and are resistant to chemical agents. That’s because they have a thick shell that is well developed for protection.

This is exacerbated because brittle grass and other shrubs that are available during this period create wounds in the animal’s mouth and gums and act as entry points for the spores.

People can contract the disease in various ways. It is mainly through contact with infected animal tissues, breathing in bacteria spores or eating meat from infected carcasses.

The bacteria poses a severe threat to human and animal health. It’s also been used in at leasttwo bio-terrorism incidences in the US.

Why does Nakuru county have recurring outbreaks?

Last month an anthrax outbreak killed more than 10 buffaloes in Lake Nakuru National park, which is in Kenya’s Rift Valley.

Preliminary results from the same project show a high-risk belt that experiences repeated outbreaks, especially in the dry season. This stretches from Narok in southwestern Kenya, through Nakuru, to Muranga and Meru in central Kenya.

Outbreaks often affect the same areas because, once released, the bacteria continue to live as spores in the soil. Environmental factors that support these spores include high humidity, pH and calcium levels. Endemic areas are also often located in low-lying areas or in dry river beds. It’s believed that these areas concentrate spores, carried by water, during wet seasons.

How are these outbreaks dealt with?

When there’s an outbreak, the Kenya Wildlife services usually works with the Department of Veterinary Services to vaccinate certain endangered animals – like rhinos – dispose of carcasses and disinfect the areas to limit the disease spread.

But the immunity that vaccinations provide to wildlife doesn’t last very long; maintaining it would require regular booster vaccines. Another issue with the vaccine for wildlife is that its effectiveness across different species isn’t known because it was developed mainly for use in livestock.

The Department of Veterinary Services has recommended that livestock in the area be routinely vaccinated and the community given information about how the disease is transmitted.

What else can be done to prevent these outbreaks?

Anthrax outbreaks could be minimised if susceptible areas were properly managed.

For instance, there are concerns that the population of herbivores in Lake Nakuru National Park – especially buffaloes – is so high that it’s causing overgrazing, especially during the dry season. Overgrazing increases the risk of exposure to anthrax spores in the soil.

Communities should also be made aware of how to dispose of livestock carcasses. For example, carcasses should always be disinfected using the right disinfectants and either burnt to ash or buried in pits that are at least 6 feet deep.

The increasing human and livestock population in the countryside has also exerted a lot of pressure on grasslands. This has led to certain ecosystems being overstretched and unable to contain disease outbreaks and other natural disasters.

In Lake Nakuru National park endangered wildlife species, like rhinos and Rothschild giraffes, should be targeted in vaccination campaigns. At the same time, much more needs to be done to determine the efficacy and levels of coverage of anthrax vaccines in wildlife.

This article was first published in The Conversation. Bett is a senior scientist with the International Livestock Research Institute while Gachohi is a postdoctoral fellow at the Washington State University.

Post a comment
WATCH: The latest videos from the Star
by Bernard Bett and John Gachohi
News
19 May 2019 - 12:07
Read The E-Paper