High fluoride boreholes in Naivasha to be closed

•Cases of teeth discolouration and weak bones on the increase 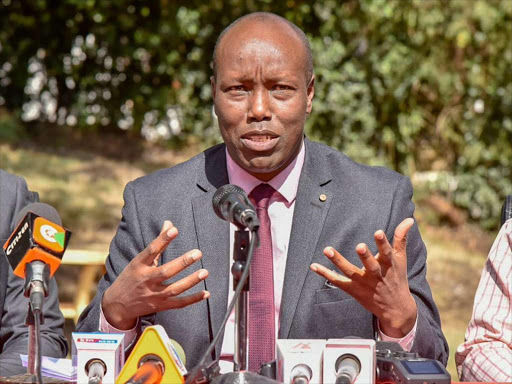 The high levels of fluoride in water in Naivasha is a concern the county government of Nakuru.

Private boreholes with high levels of fluoride are a  health threat to residents and will be closed down.

Governor Lee Kinyanjui said residents have been affected by the high fluoride levels and there have been increased cases of teeth discolouration and weak bones.

Kinyanjui said data showed that the high fluoride content in the region was the reason for the rise in orthopaedic cases in public hospitals.

The governor said the county was committed to ensuring the town has clean and affordable water for all to stop over-reliance on privately owned boreholes.

“We cannot put a whole population in danger just because of a few people who have commercial interests,” he said.

He said the county would soon roll out a water master plan.  “We want to end this problem of water shortage for this expanding town in the next three years and the master plan will detail our programmes going forward.”

Kinyanjui said the county is working closely with the national government to ensure that some of the boreholes sank for industrial parks are left for residents to use.

"The government has set aside Sh700 million for the provision of water to the industrial park. Some boreholes will be used to provide water for the people of Naivasha," he said.

Earlier, Water Regulatory Authority Naivasha sub-regional manager Geoffrey Mworia said most borehole owners in the area had been given licences for private use but were now distributing water commercially.

Mworia said the licences of those involved in illegal activities will be revoked.

“We have cases where the level of fluoride from one of the boreholes is 10 times higher than the recommended standards by the World Health Organisation,” he said.