DCI: Zaheer is a person of interest in gold scam probe

In Kisii, Jhanda has no known assets with most people only citing that he went to Kisii Primary School and later to the defunct Kisii Progressive Secondary before moving to Nairobi.

• Jhanda is said to have initiated the transaction that roped in a fake Fred Matiangi and an elaborate group of people.

• Some of the politicians pictured with the young politician refused to comment. 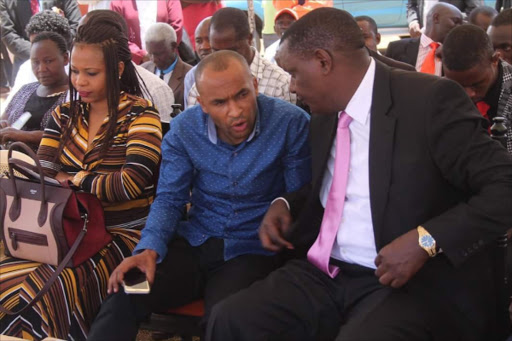 Al Maktoum complained to President Uhuru Kenyatta that his gold had been seized at JKIA for months on its way to Dubai from DR Congo.

When the President investigated he learned that there was no such gold and ordered the crackdown of those involved.

According to investigators, Jhanda is said to have initiated the transaction that roped in an impersonator of CS Fred Matiang’i and an elaborate group of people both in and outside government.

“The group has infiltrated the government and have their protectors in the system,” said a police officer probing the issue.

Little is known about Jhanda, the flashy 40-year-old man at the centre of the investigation.

But a look at his facebook page shows him interacting with major players in the political circles. 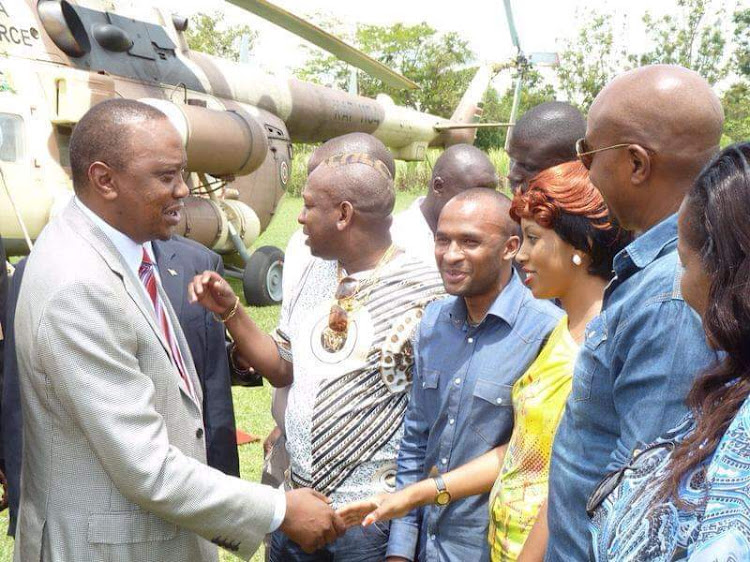 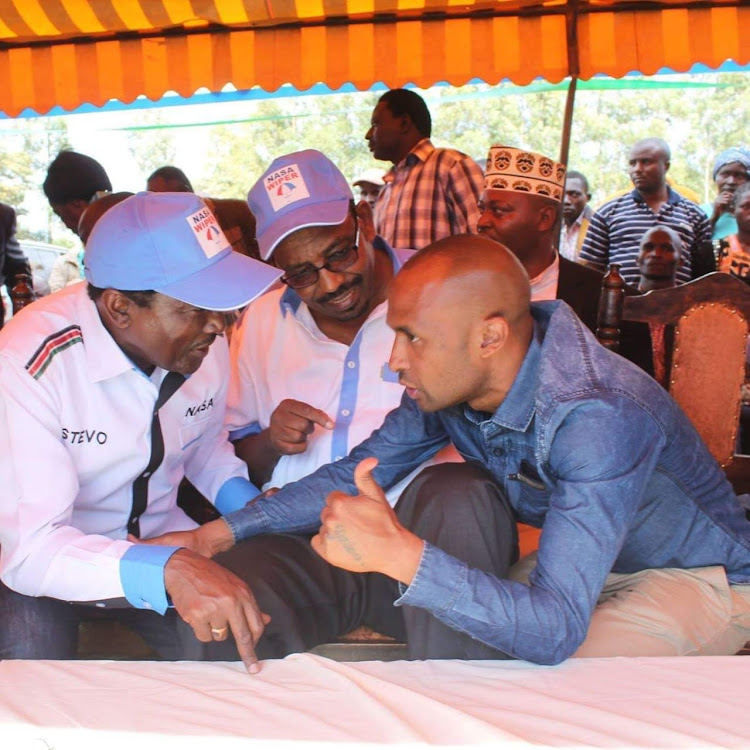 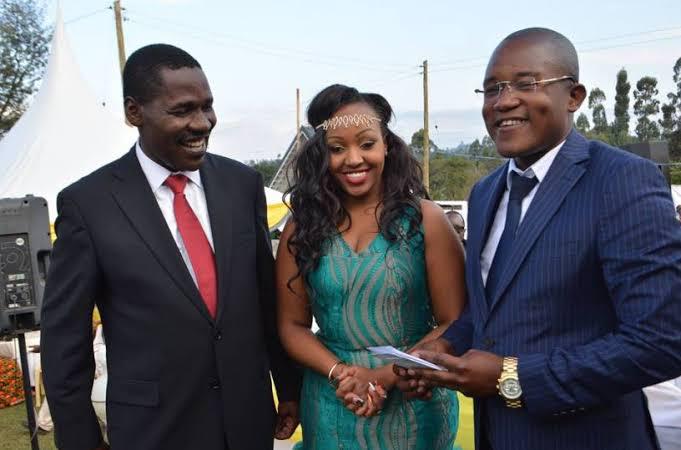 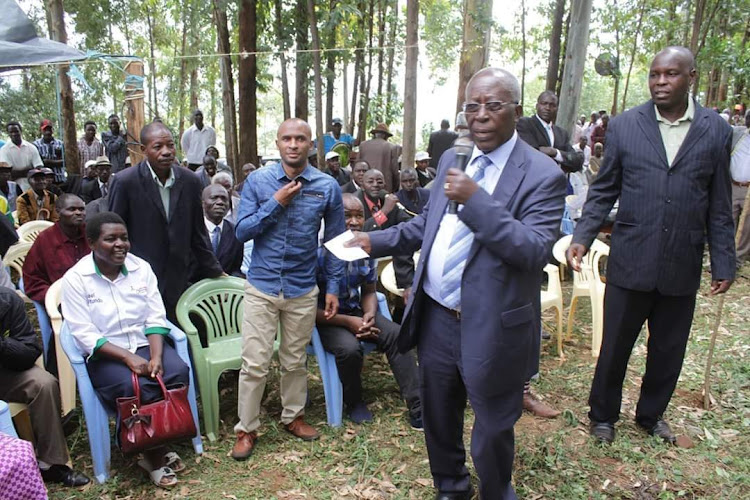 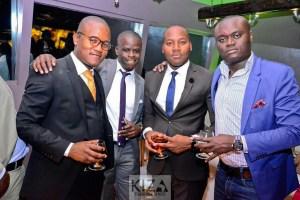 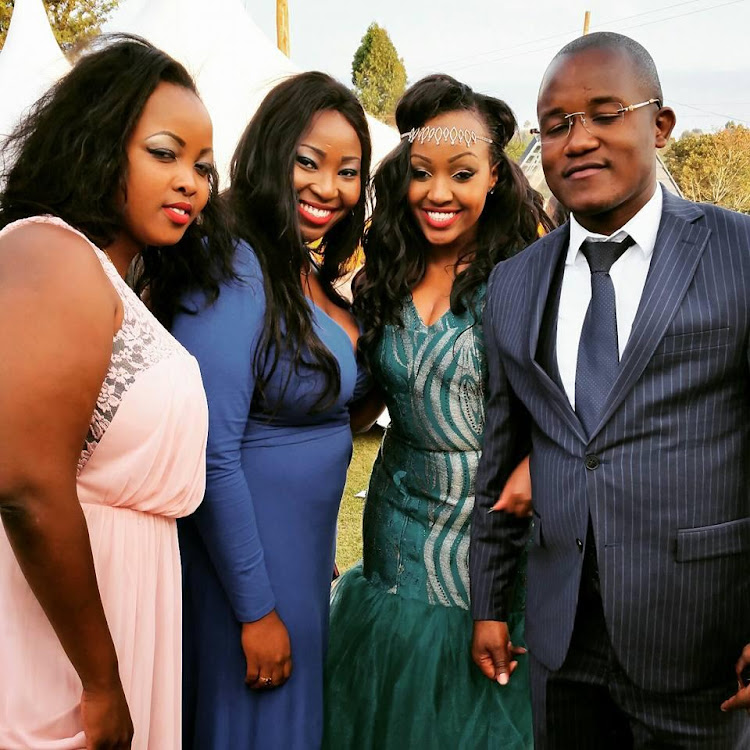 In an undated picture, Jhandi is seen greeting Uhuru Kenyatta as the President disembarks from a military chopper.

In another, he is seen shaking hands with ODM leader Raila Odinga.

There is also an image of him speaking to Deputy President William Ruto and another in which he is seen engaged in discussions with Wiper Leader Kalonzo Musyoka and his deputy Farah Maalim.

Kisii University lecturer and political analyst  Eric Onsongo described Jhanda, as a high-flying, calculative individual who is quick to dish out cash so long as he is assured of support.

“This is characteristic of sharp and shrewd businessmen of which he is one,” Onsongo told the Star.

Jhanda went to Kisii Primary School and later to the defunct Kisii Progressive Secondary School before moving to Nairobi.

“It is in Nairobi where he appears to have established contacts with various traders who must have given him a head start in life,” Onsongo said.

Before the fake gold seizure by detectives in Nairobi, Jhanda cut the image of a flamboyant businessman with an empire to manage.

“He could afford to hire a helicopter and stay with it for a day or two,” a Nyaribari Chache politician who competed with him in the 2013 elections told the Star, preferring anonymity.

“He never had any solid agenda he was selling throughout the campaigns except dishing out cash,” the politician said.

With the large cash, Jhanda walked the Kisii political landscape like a colossus – disrupting funerals to the chagrin of the bereaved.

Leaders and bereaved families used to plead with him not to leave an event before they were concluded for fears that the ceremony would end prematurely.

In every stop, he used to dish out cooking oil, cooking flour and cash. His slogan was “Kusema na Kutenda”.

“Nobody knew his source of wealth and all of us were stunned as his political stature rose, sweeping some of us by the wayside,” the politician added.

Nyaribari Chache hopeful Ben Nyagaka said he couldn’t speak much about Jhanda except that he saw him grow up in Kisii as a commoner.

Today, he is a man under siege, being part of several politicians under probe for links in fake gold deals.

The DCI has flagged him among other two politicians from Western Kenya as persons of interest in the scam.

At school, his only misdemeanours were sneaking out during weekends. “He was a clever guy but also sly,” said a former classmate.

“I told you that guy’s deals were not clean because even at URP we would not trust him. Actually, Deputy President William Ruto banned him from his office,” said a former official of the defunct URP party.

Yesterday, Jhanda spent his day in Nyaribari Chache where he was spotted going to the mosque before catching up with friends at a nearby petrol station.

Jhanda went to Kisii Primary before joining  Kisii Progressive Secondary School in 1997 where he reportedly scored a D+.

After that, he started ‘hustling’ in Kisii town where he founded an entertainment company known as Phatfarm. He was also engaged in pool table business.

Having made some good money through the company, he ventured into the hardware business with shops in Kisii and Oyugis, taking over from his father.

He then won a tender to be the sole supplier of sugar from Sony Sugar Company where he roped in a serving MP from Kisii county.

Jhanda went to Kisii Primary before joining  Kisii Progressive Secondary School in 1997 where he reportedly scored a D+.

After that, he started ‘hustling’ in Kisii town where he founded an entertainment company known as Phatfarm. He was also engaged in pool table business

Jhanda also operated a petrol station at Market Plaza in Kisii. He owns a car bazaar and a carwash in Nairobi Valley Arcade area.

His father, a Kenyan of Arab origin passed on, while his mother lives in Kisii town. He is married with three children.

Zaheer is a teetotaler but hangs out in bars with friends.

He joined politics in 2012 on a URP ticket but lost to Chris Bichage who later lost the seat after a successful petition by Richard Tong’i.

Two peoplehave been arrested with fake gold and Sh32.6 billion in Kenyan and foreign currency. Joseph Munyao was nabbed alongside another ...
News
3 years ago