Operation time in huduma centers will run from 6am-6pm.

• 31 million Kenyans have so far been captured on NIIMS as government targets 40 million.

• Countrywide registration for huduma namba was launched on April 2 by President Uhuru Kenyatta. 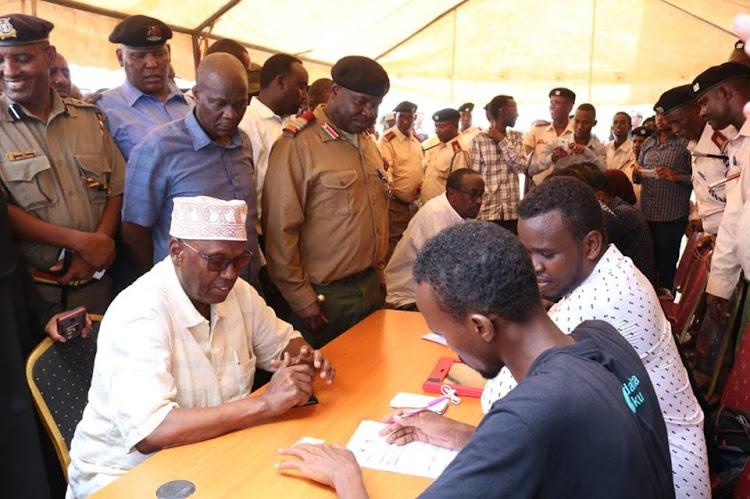 There have been long queues at Huduma Namba centres countrywide as Kenyans rush to beat the deadline for registration.

On Monday, the government said it would not extend registration time and warned that those who fail to register might face difficulties accessing services.

Residents of Kisumu county turned up at Kenyatta Sports Ground in large numbers before 6am to register.

Many urged the government to extend registration time.

The situation was similar in Kwale, where locals were at the centers before 6am, which is the opening time.

Nairobi centres also had a huge turn up as long queues at Westlands Arcade built by at 6am.

The situation in West Pokot, was, however different as some of the locals are still in Uganda after crossing the border to look for pasture to their cattle.

Addressing the press, Governor John Lonyangapuo said there is a need for the government to consider adding more time in order to accommodate those who are not in the country.

Registration closes on Saturday, May 18.

The government said 31 million Kenyans have been captured on NIIMS and the target is 40 million.

This week, Huduma Namba registration centres will be open from 6am-6pm.
News
3 years ago

Service will be offered wherever people are gathered
News
3 years ago
by KEVIN CHERUIOYOT
News
14 May 2019 - 13:25