• Residents said the government did not consult them about project.

• Raila said land should not be left idle. 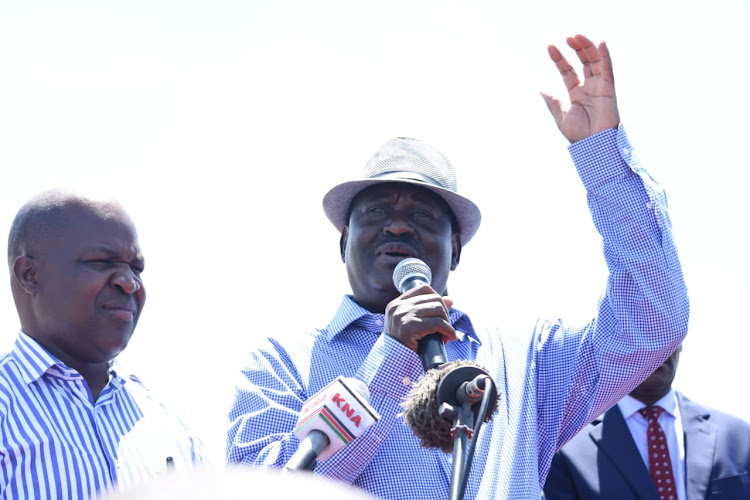 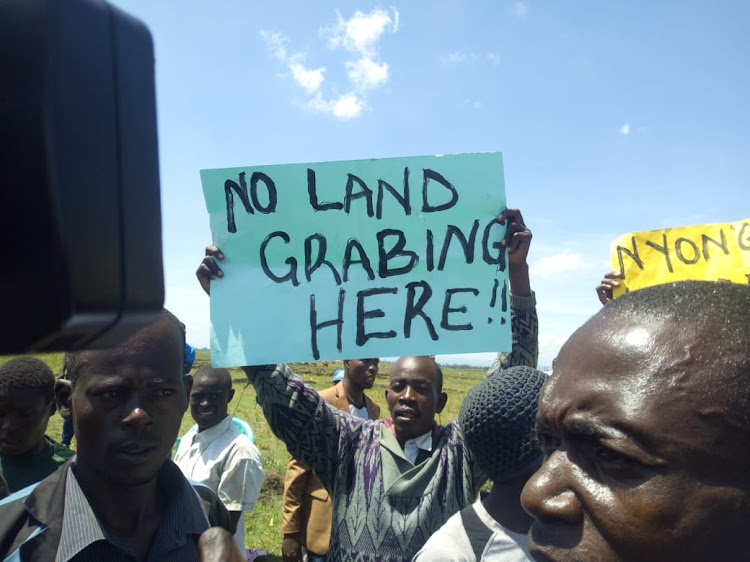 A visit by ODM leader Raila Odinga to the proposed special economic zone site in Ombeyi, Muhoroni, turned chaotic on Monday after some residents held protests.

The residents said the government did not consult them about the project.

Residents claimed their ancestral land was reverted to the Kisumu Municipal Council after torrential rains pounded the region, flooding the area for months in the early 1980s.

The displaced locals were moved to safer ground.

The land was consequently registered under the council.

The locals now want the land reverted and compensation before the project begins.

The residents carried placards and said the Handshake should not be used to grab land.

This protests happened while Raila addressed residents at the opening of Industrial park within the area.

"We will not allow this, yes we want development but we don't want exploitation," one protester said.

The protesters were intercepted but they were relentless.

"Even if we are beaten, we will not accept this until we are heard," Mark Otieno said.

Raila tried to calm the residents, saying the project is useful.

"There is no need of SGR bringing goods to Kisumu from Mombasa then going back empty handed. We must ensure through economic zones that whenever they bring goods they go back with it to enhance trade," he said.

"Land must be utilised to realise it's potential."

Raila said the relevant authorities will engage the community and get a way forward.

He noted the project will kick off as planned and will be launched by President Uhuru Kenyatta in August.

Trade CS Peter Munya said the government will move with speed to ensure water, electricity and other infrastructure are set up.

The Kenya Ports Authority has started the process of developing the 7,413 acres Mombasa Special Economic Zone in Dongo Kundu, Likoni ...
Counties
1 year ago

As highlighted last week, the Government of Kenya has earmarked trade as a key factor towards the achievement of the Big 4 Agenda, and ultimately ...
Business
1 year ago
STAR COMMUNITY POLICY AND PARTICIPATION GUIDELINES
by FAITH MATETE Correspondent, Kisumu
News
13 May 2019 - 13:17