•Researchers have found extreme declines in the numbers of migrating wildebeest and loss of most migration routes in Kenya and Tanzania.

•Four of the five contemporary migrations, including the Mara-Loita migration, are severely threatened and have virtually collapsed. 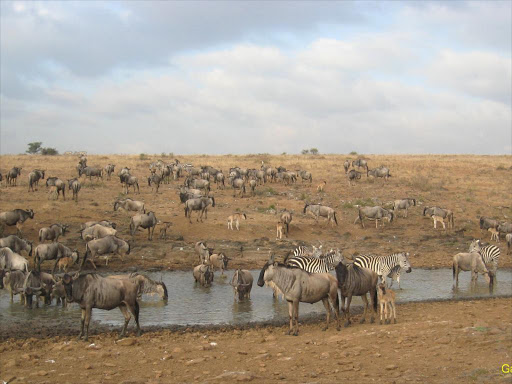 Only a few wildebeest are trickling into Kenya this year.
Image: FILE

Across the world, migratory animals like wildebeest – which rely on movement to find food, water and calving grounds – are under threat.

This is mainly because their migration routes are being cut off by fences, settlements, farms, roads and other developments, and the areas where they roam are getting smaller. The animals also face the additional challenges of poaching and having less food to eat because of livestock overgrazing and agriculture.

We found extreme declines in the numbers of migrating wildebeest and loss of most migration routes in Kenya and Tanzania. Four of the five contemporary migrations, including the Mara-Loita migration, are severely threatened and have virtually collapsed.

This collapse increases the risk of local extinctions of wildebeest in four historically wildlife-rich East African ecosystems. This is because they are obstructed from accessing critical resources.

East Africa’s remaining populations of migratory wildebeest are found in five ecosystems. Using aerial survey monitoring data, collected over almost 60 years (from 1957 to 2016) in Kenya and Tanzania, we found that four migrations have virtually collapsed. The Athi-Kaputiei, Amboseli and Mara-Loita migrations are the most severely threatened.

This covers about 40,000 km2 and straddles Kenya and Tanzania.

Covering an area of about 7,730 km2, this area also straddles Kenya and Tanzania.

This covers about 7,500 km2 in south-western Kenya. 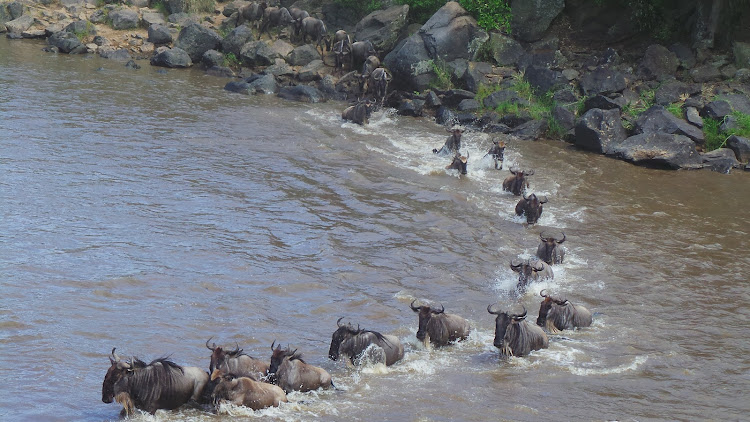 Fences, for example, are expanding fast in the Mara-Loita ecosystem. This was driven by the splitting up of former group ranches – communally owned land – and the formation of some wildlife conservancies.

Ultimately, the threats are driven by increasing human and livestock numbers. The way land is used (from former grazing areas to farmland) is changing and there’s also more human-wildlife conflict as more animals come into contact with people.

So, there have been failures on a number of fronts. These include policies that don’t regulate where people settle, wildlife conservation and management policies.

A key government wildlife policy failure in Kenya is that it has focused primarily on protected areas. But these areas cover only 8% of the country’s land surface and support only 35% of the wildlife. The other 65% occupy private lands, which all the four threatened wildebeest migrations cross.

A huge problem here is that there isn’t incentive for private landowners to look after wildlife. They receive little to no benefit from wildlife. This is because Kenya banned the use of and trade in wildlife and wildlife products in 1977. This restricts opportunities to game viewing. But tourists don’t visit many areas and so other land uses, like agriculture and livestock production, are more appealing.

What must be done

Urgent action is needed to save these migrations. Unfortunately, warnings like this are often ignored by the national institutions that conserve wildlife.

Land must be restored – meaning settlements cleared and cultivation on migration routes stopped – and key rivers (like the Mara river which could be dammed) must be protected. Deforestation must also be better managed.

Major roads that cut across migratory routes should include under or over passes for migrating wildlife. And robust law enforcement is needed to reduce the illegal hunting of animals for bushmeat.

There have been attempts to protect migratory pathways by forming wildlife conservancies. These have been set up by private land owners, usually in collaboration with a tourism partner, to protect areas while providing land rents and jobs to local communities. But more support is needed by communities and investors in tourism to plan, expand and manage these conservancies which are outside state protected areas.

The weakness of these conservancies is that they usually lease land from communities for a short period. But they’re expensive to maintain because the land that’s leased covers large areas. Another option would be for the state and other conservation actors to buy land for conservation.

Another intervention is that the community benefit more from wildlife, in terms of jobs and income, predominantly through tourism. This would reduce incentives for poaching and habitat degradation.

There must also be greater coordination and collaboration between Kenya and Tanzania to conserve the trans-boundary migrations.

The fact that intense droughts have become more frequent makes these changes the more urgent.

The consequences of not acting will be huge. Migrations of zebra and Thomson’s gazelle in Kenya’s Rift Valley and elephants in Kenya have already been lost. Wildebeest could go the same way.

The author is a Senior Statistician, University of Hohenheim, Germany. This article was originally published on The Conversation.

The spectacular wildebeest migration will be streamed live for wildlife lovers worldwide from Tuesday.WildEarth, in partnership with HerdTracker, ...
News
5 years ago

Thrilling action shots show the moment one unlucky wildebeest was ambushed by a hungry crocodile as it attempted to cross a river.A series of ...
News
4 years ago

Kenya is said to be one of Africa's most popular tourist destination as it has a lot to offer. Here are some of the destinations to visit. ...
Sasa
8 years ago
by Joseph Ogutu
News
12 May 2019 - 00:00