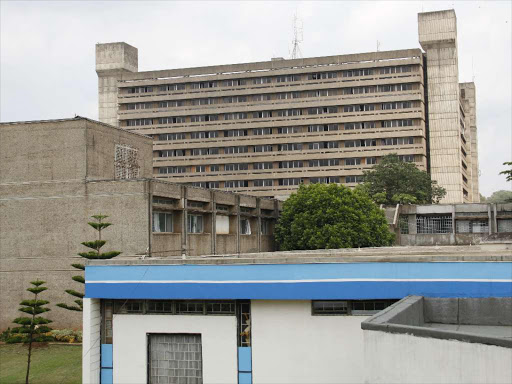 The hospital is also grappling with a Sh7 billion debt owed by patients unable to pay their bills upon discharge.

It is feared the funds paid to Glotex Medical, Microtec Office Supplies and High Voltage Communications — which came up in an audit query of 2012-13 — may not be recovered.

This followed revelations to the National Assembly’s Public Investments Committee that the firms do not exist in the registry of firms operating in Kenya.

Committee chairman Mvita MP Abdulswamad Nassir said it defies logic that the money has not been traced years since the payment was flagged.

Citing a cover-up, the lawmaker urged KNH bosses to “do more than just talking” on the matter which has been under probe by the EACC.

High Voltage was paid Sh15.8 million, while Microtec got Sh2,213,309 to instal microfilming equipment and to microfilm inactive medical records.

Glotex was paid Sh13,727,655, an advance for the supply of nuclear medicine materials that were contracted for but never delivered.

During Thursday's session, KHN acting CEO Evanson Kamuri told MPs that the hospital's lawyer had written to the Registrar of Companies seeking information on the companies.

The records are missing at the registry, the committee heard, generating debate on whether there was collusion to escape scrutiny.

Nassir said the amounts involved are "phenomenal and have to be traced as the firms were paid with cheques whose counterfoils were retained by KNH".

“Was there no clarity on where the companies were when the facility was engaging the firms in the contracts?” the MP asked.

The files went missing after the Auditor General took up the issue, he said. " The explanation by KNH officers is not satisfactory. They seem to have not done anything to recover the funds.”

Kamuri said the hospital management will take up the problem.

The PIC is inquiring from the Implementation Committee about the status of the investigations by the Ethics and Anti-Corruption Commission and the DCI.

He told the PIC that the facility is owed Sh1.3 billion by the National Hospital Insurance Fund.

However, NHIF says the amount payable to KNH is Sh56 million. This means the country’s largest hospital will wait for the claims to be verified before being paid.

Kamuri said efforts to recover the debts owed by patients have been unsuccessful, especially in the face of public pressure against detaining patients over unpaid bills.

“The unpaid debts have greatly impaired our operations,” he said.

The facility wants the Treasury, with the support of Parliament, to set aside funds to cushion it from losses arising from nonpaying patients.

The debt by individuals will keep growing as we cannot detain patients anymore. We need a fund created to cater for the debt

The committee was told that county-run health facilities are allocated user forgone fees which they use to recoup such debts.

The KNH boss said the hospital has not explored insurance as a measure to prevent losses from patients discharged without pay.

Nassir asked hospital officials to vet those being released without paying bills so that the arrangement is not abused by well-off families.

This came amid concerns by MPs that the facility is not doing enough to collect what it is owed by individuals and state agencies such as NHIF.

Abdisalan said the gap in what KNH claims from NHIF is huge, “as much as the claims have to be studied diligently to avert fraud.”

This was after Kamuri said the hospital and the insurer have formed a joint committee to reconcile the debts.

But Kizito asked, “How do you negotiate with them yet you need cash for operations? Isn’t this incompetence? Debt is debt and has to be paid.”

Post a comment
WATCH: The latest videos from the Star
by MOSES ODHIAMBO Journalist and Political Writer
News
03 May 2019 - 00:00
Read The E-Paper