• The lawmaker was replaced by Barrack Muluka in the party's leadership. 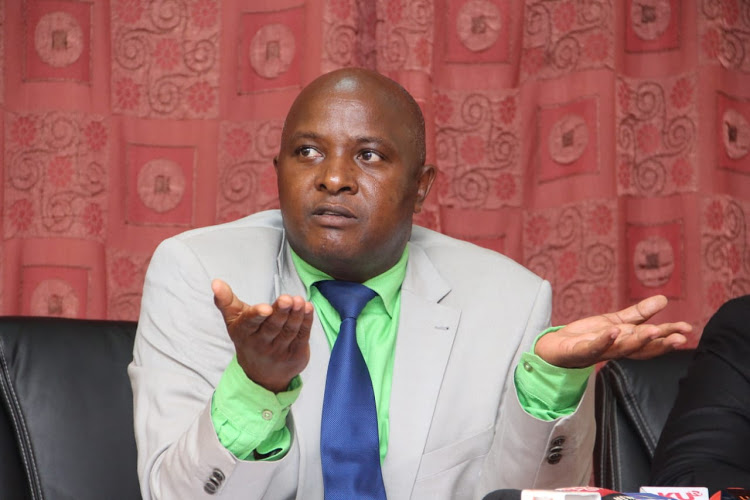 Nominated MP Godfrey Osotsi has made a surprise retreat over his hard stance over the ANC party leadership saying he is ready for dialogue.

Addressing the media on Thursday, Osotsi said he will not appeal Tuesday's High Court decision which endorsed the party's earlier position to remove him as Secretary General.

The lawmaker was replaced by Barrack Muluka in the party's leadership.

"I want to take this opportunity to extend an olive branch to everyone in the party who has perceived my seeking justice, to mean undermining the leadership. Our party name, Amani stands for peace and in this era of the handshake we need to be tolerant with each other and exercise utmost respect for each other's choice of justice," Osotsi said.

"However, this should not be mistaken as surrender, but an opportunity for the parties involved to create an enabling environment for dispute resolution and ensure peace and tranquillity in the party."

The decision, he maintained, was after wide consultation with political leaders within and outside the party.

Malala on his part said he will personally reach out to ANC boss to ensure the matter is amicably settled.

The two maintained that the retreat should not be considered as an act of cowardice.

Clerk says party has not satisfied critical requirements of the Constitution
Counties
2 years ago
by LUKE AWICH Political Reporter
News
02 May 2019 - 12:48