• Kenya is not prepared enough to deal with the consequences of lowering the sex consent age, girls activist says. 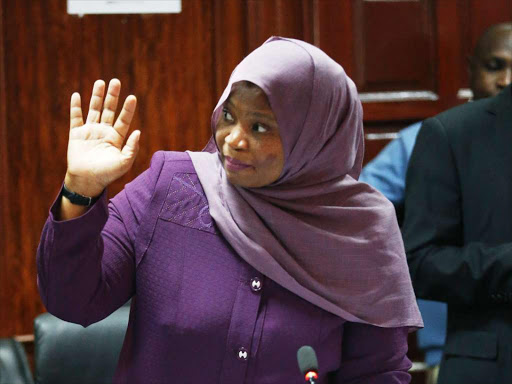 "If we lower the age, we will be protecting sexual predators because they have been looking for every loophole to hide from the law," she said.

Kwekwe spoke yesterday in Nairobi during a multi-sectoral forum on age consent for sex hosted by the National Gender and Equality Commission.

She said the weight of teenage pregnancies is felt across board including in the provision of services by non-state agencies.

Kwekwe said if the age is lowered to 16, many girls are at risk of loosing at least two years of their basic education. This will encourage unsafe abortions among young girls, she said.

"The move will also be putting young girls at legal crossroads because they may look to perform abortions which are illegal in Kenya," she said.

Gender commission chairperson Joyce Mutinda backed Kwekwe's remarks. She said while sex education is important, teachers should not be the ones to offering it to students.

"Let the grandparents come in once a week and talk to the children about growing and their bodies," she said.

Mutinda encouraged the government to make use of the elderly to push for national development. She cautioned against passing resolutions that infringe on the rights of children.

"Children below the age of 18 cannot make these decisions," she said.

Francis Ndirangu, a teacher from Nairobi, criticised the court for not considering the ripple effect of passing the judgment.

"This will increase immorality and school dropouts. Students will not be able to concentrate at school," he said.

He also said there are good teachers who could teach children on sex education. "The mistakes of one teacher should not be used to reflect on all of the teaching fraternity," Ndirangu said.

"The Teachers Service Commission has the ability to ensure only teachers who have done wrong are victimised. Let us add lessons in which these teachers can teach on life skills," he said.

Ndirangu said sex consent age should be raised instead of lowered.

Nancy Akoth, a mother of two, is one of the many Kenyan girls who fell pregnant as a teenager.

Akoth, who got pregnant at 13, said  Kenya is not well prepared to deal with the consequences of lowering the sex consent age.

During an interview with the Star, the project manager at Girls Advocacy Alliance said there were no laws to protect her as a minor.

"I was at the mercy of the community which viewed me as a woman because I had a child, " she said.

"I remember once during a committee meeting, some community members wanted me to join tailoring school so I could take care of my child because they said I was a mother."

However, Akoth's mother refused and insisted that she needed to finish her education.

Akoth said it is important to ask for the views of children so that their voice is heard.

She strongly condemned lowering the consent age stating that it would be a violation of the same laws put in place to protect children.

Nelson Makanda supported Akoth. He said lowering the age of consent means fewer girls will not be able to attend high school due to early pregnancies.

He also said abortions will be on the rise among teenage girls due to stigma associated with pregnancy.

Makanda, a representative of the Inter-religious Council of Kenya encouraged teachers to go outside the traditional modes of teaching and impart life skills to students.

Makanda critiqued teachers who value subjects that are examined and can make them be evaluated as good teachers at the expense of life skills.

Curious youth seek knowledge from the internet and experiment with boda boda riders
Opinion
3 years ago
by WANJIRA MWANGI and NJERI MBUGUA
News
01 May 2019 - 00:00