• Say they have enhanced peace among communities. 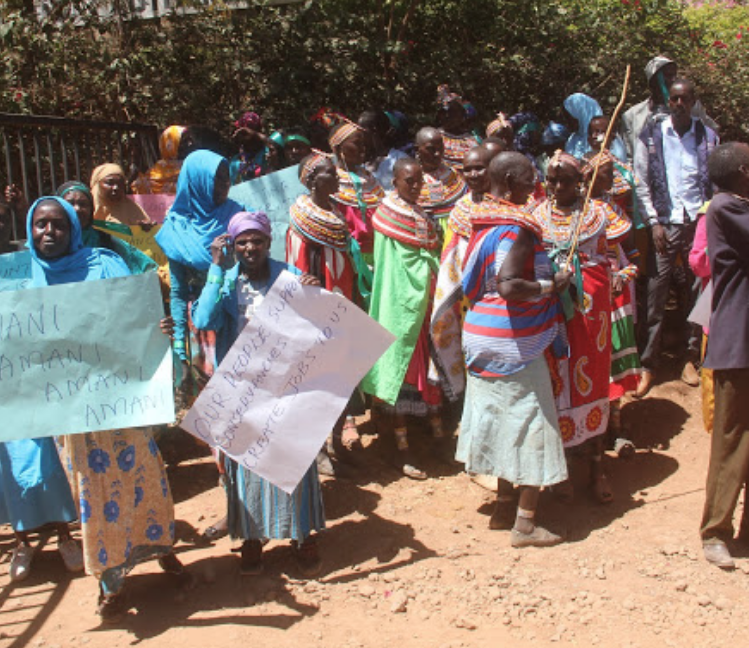 Isiolo residents have defended the presence of an armoury at the Northern Rangeland Trust.

NRT officials said there are good relationships within conservancies, citing the "life-changing services" it offers to residents.

They They can threaten, attack, sexually assault or even kill victims. They said abolishing them would make residents who benefit suffer.

Burat MCA Hassan Yerrow said he will always protect the interests of residents and that he fully supports services provided by NRT.

Residents defended the NRT and asked the government to help fund their activities and projects.

The communities want leaders to consult involved stakeholders before issuing statements that conflict with residents' interests.

Isiolo county commissioner John Odengo also had disputed claims of an armoury at Lewa Down Conservancy.

He said rangers in the eight conservancies are considered National Police Reservists, saying that is the reason they were issued with government guns.

“Politics will destroy so many development projects underway through conservancies. They help us improve security. We would like NRT to carry out education for some communities to accept conservancies," Odengo said.

He asked Governor Mohamed Kuti, who criticised conservancies, to talk with involved parties to reach an amicable solution.

He mentioned other benefits of the conservancies as improvement of infrastructure in schools, issuance of bursary funds, reduced poaching and to empower and give millions of shillings to women. Godana said conservancies have enhanced peace and coexistence among communities.

"We elected them to represent us and gave them our mandates, not to bring policies detrimental to the community,” he said.

Kuti said there is an influx of weapons in Northern Kenya through private conservancies that keep armouries.

The governor said armed conflicts among pastoral communities in the region are fuelled by villagers armed and supported by the conservancies.

Post a comment
WATCH: The latest videos from the Star
by GERALD MUTETHIA Correspondent, Meru
News
24 April 2019 - 00:00
Read The E-Paper