• The more than 1,500 Shona community members to get listed for Huduma Namba.

• Came to the country from Zambia and Zimbabwe as missionaries and settled in Kinoo. 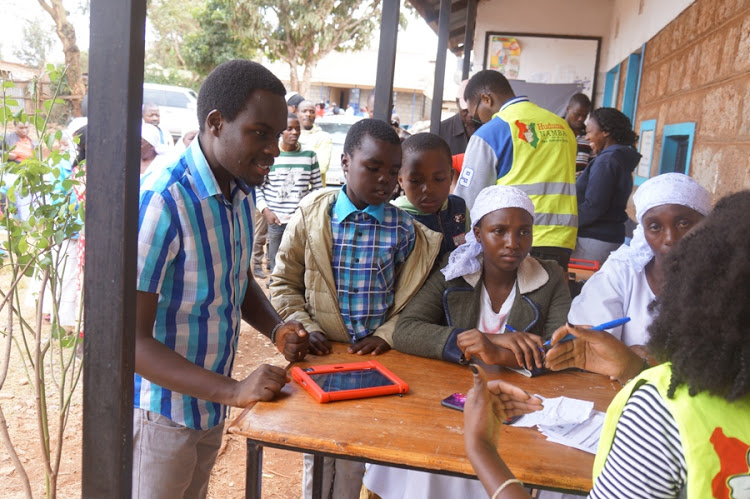 Stateless people in Kinoo, Kiambu, have praised the government for allowing them to register for Huduma Namba.

The members of the Shona community were stranded when the drive started early this month. They migrated into the country in the 1960s, but have been unable to acquire citizenship.

They migrated from Zambia and Zimbabwe as missionaries and settled in Kinoo. Their efforts to go back to their countries were unsuccessful, since they did not have travel documents.

Community member Joshua Sibanda said they do not have IDs, passports or any other important document that can assist them acquire government services.

He said allowing them to register, is an indication the government has recognised their existence.

"We have struggled for a long time just like our forefathers, who did to secure recognition by the government," Sibanda said.

He spoke at Kinoo's chiefs camp, where the government set aside a table to record the more than 1,500 members of the Shona community living in the area.

Kinoo MCA Samuel Kimani said the members of the community are being registered as stateless persons.

He said the government decided to register them so they can start accessing government services.

"We have been living with these people for many years. We schooled together, they speak Kikuyu, and they have intermarried with residents, but the government has never recognised them," he said.

The MCA said the community members have struggled for recognition since founding President Jomo Kenyatta's regime.

The MCA tabled a bill seeking the recognition of the stateless people at the Kiambu assembly. Kimani said after the bill was passed and was forwarded to the Senate so the legislators can guide the government on how to undertake the registration of stateless community.