Kenyans abroad to register for Huduma Namba from May 6

• Diaspora registration to run for 45 days at Embassies and Consulates 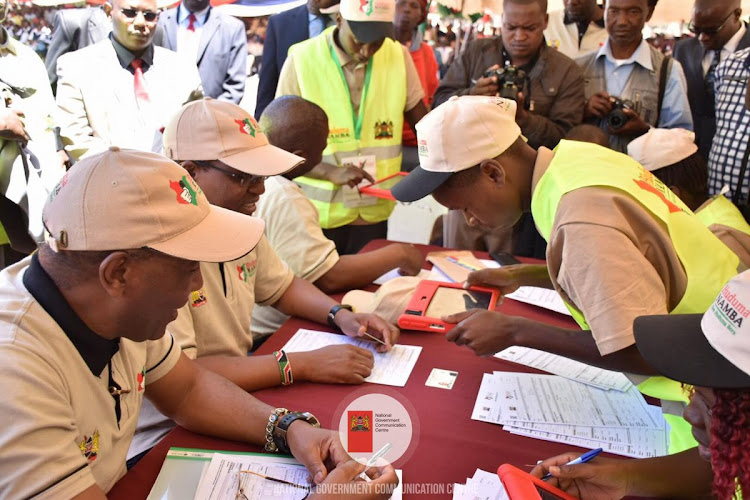 Registration of Kenyans living abroad for Huduma Namba will begin on May 6, President Uhuru Kenyatta has said.

This even as the president revealed that details of more than 11 million people  have so far been captured in the digital registration exercise that kicked off in the country two weeks ago.

In his Easter message to Kenyans, the Head of State said that the diaspora listing will run for 45 days at all Kenyan embassies and consulates across the world.

The president also said registration centres would remain open during the holiday to give those who may have been too held up a chance to register.

Uhuru defended the Sh6 billion exercise and assured Kenyans that the personal data they are providing to the government will be highly safeguarded.

“The National Integrated Identity Management System (NIIMS) guards the integrity of our data much better than the manual system we are moving away from,” he said.

“I assure Kenyans and all people residing in our beautiful country that we are taking additional measures to ensure the information they give is safe,” he added.

He said the Cabinet, in its sitting on Thursday, approved the Data Protection Policy and Bill. The Bill seeks to protect personal data of Kenyans.

“Huduma Namba is Kenya’s first digital integrated record of citizen data which gives the Government a robust platform to deliver first class service. It moves the country from a manual, scattered and cumbersome data management regime to an organised digital service delivery platform,” he said.

The president's assurance about the integrity of Huduma Namba, also known as the National Integrated Identity Management System, comes in the wake of opposition to the exercise by some quartets.

Human rights activists and some politicians have opposed the listing and urged Kenyans to boycott it. They claim the exercise will 'expose' personal data of Kenyans and jeopardise their safety.

Some say it is a waste of public money as the government already has the records that it is seeking.

A survey report released on Thursday showed that 46 per cent of Kenyans have stated that they are too busy to register for Huduma Namba.

“Despite the high awareness levels, the long queues and the perception that it is time consuming have been mentioned as the reasons affecting registration,” read the survey report.

The President wished Kenyans a happy, secure and safe Eater holidays and urged those traveling upcountry for the celebrations to observe traffic rules.

“During this long weekend, be safe and remain secure. For those of us traveling to different parts of the country to be with our loved ones, please observe road safety precautions at all times,” he said.

“Equally important and in the spirit of community policing, let us stay vigilant in our neighborhoods and ensure that our families and our neighbours are safe. Let us all be the Biblical brother’s and sister’s keepers,” he added.

The drive has had to contend with rumours of ill intent, but leaders from both sides of the political divide have rallied Kenyans to embrace it
News
2 years ago