She will be treated as a child born out of wedlock; the three will be cleansed with herbs

•The girls met on Facebook after being told they looked alike 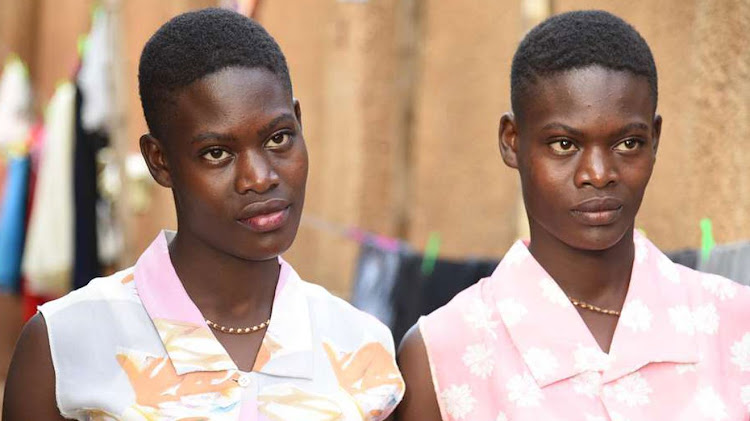 A close relative will shave Melon Lutenyo's hair before she is reunited with her family and her "twin sister" Sharon Mathias according to the Luhya culture.

This will happen after the DNA establishes if indeed they are sisters.

Idakho Council of Elders chairman Zacharia Shimechero states that the culture dictates that Lutenyo's hair must be shaved by her grandmother, her father or aunt.

The ceremony must also be conducted in Lukuyani subcounty, Kakamega county to welcome her home.

“In this case, we will treat the girl as a child who was born out of wedlock. The elders will have to administer the triplets a concoction of herbs to cleanse the family. This is done before Melon meets other children,” Shimechero said.

“If that is not done the triplets will stare at sudden death.”

Richard Olukhakha and Rosemary Onyango, a couple from Kakamega believe 19-year-old Sharon is their daughter.

Sharon was raised by Angela Omina, who resides in Kangemi.

“The girl’s ‘real father’ will also have to give Omina a cow to reward her for keeping her well,” Shimechero said.

Melon will also be given a new name - that of someone who has died in the family or village and was close to the family.

Yesterday, the Directorate of Criminal Investigations appealed to the families concerned to report to their Kakamega offices to facilitate investigations.

“We believe the forensic investigation will establish if any criminal act was committed or any mitigating circumstances that may have led to the present status,” the DCI said on Twitter.

According to the family, Melon’s mother, who was expecting triplets, gave birth to twins on August 15, 1999, at  Kakamega County Referral Hospital.

Villagers in Likuyani constituency were excited after news of the two girls reuniting spread.

“The family might be Isukha or any other of the 18 subtribes in Luhyaland but we share customs,” Shimechero said.