These lawyers form a second group, after another team had told the media they would represent crash victims

• Lawsuit on behalf of Kenyan George Kabau was filed on Monday in US Federal Court in the State of Illinois. 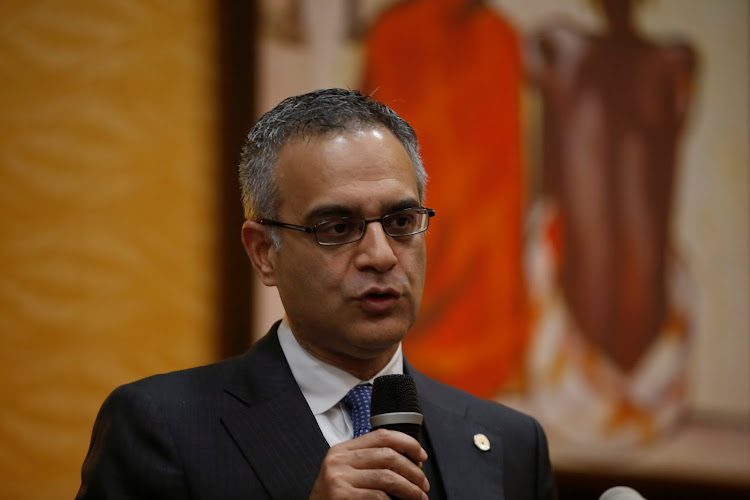 American lawyer Nomi Husain yesterday said his law firm has teamed up three others, one in the US and two in Kenya, to sue Boeing over the Ethiopian Airlines crash.

All 157 people onboard died on March 11 after the flight took off from Addis Ababa for Nairobi.

But the rush to file lawsuits, including class action suits, has just begun. Another team has already told the media they would represent victims.

Husain said a lawsuit was filed Monday, April 15, in US Federal Court in the State of Illinois.

He said he successfully litigated a compensation suit for a victim of the 2007 KQ Douala Cameroon crash. He is promising the same for one of the Ethiopian crash victims.

He said he will be working with Omar Khawaja of Omar Khawaja and Floyd Wisner of Wisner Law, an American law firm. Its website describes it as specialising in aviation law and litigation.

“We are committed to helping clients determine the cause of an aviation disaster, identify the responsible parties and hold them accountable. We represent plaintiffs that have been injured or lost a loved one in an airplane accident,” the website of the firm reads.

Husain said he has litigated aviation and personal injury suits for more than two decades.

He said Nairobi-based law firms Lesinko Njoroge & Gathogo Advocates and Kabau & Associates Advocates will be working with them.

The battery of lawyers will be representing the family of George Kabau, 29,  who was among the 36 Kenyans who perished in the crash in which no body was recovered.

Kabau was an engineer for General Electric.

The lawyers, led by Husain said they were convinced the global aviation giant Boeing was at fault because of the new, anti-stall technology installed in the 737 MAX 8.

“Boeing failed to properly inform pilots about the dangers and risks presented by its new Maneuvering Characteristics Augmentation System (MCAS) software, and angle of attack sensors,” the statement they released to journalist alleges.

The lawyers asserted that Boeing sold the new 737 MAX 8 having the new technology as fuel saving and said that the pilots would not need retraining. They said Boeing convinced the airlines to buy it to save costs.

The putting profits above human life and safety, they said.

“Boeing’s failure to properly inform pilots of a defect in the MAX 8’s flight control systems and angle of attack sensors left pilots without knowledge or ability to restore manual control and prevent the crashes,” they said.

It also filed a similar suit on April 7 for Mucaad Hussein Abdalla, an American citizen who also perished in the ET302 crash alongside Kabau.

The lawyers said they would not mention any figure in the expected amount of compensation.

They also said they would not accept an out of court settlement with the company. They said they will not require the family of Kabau, who retained them, to pay anything and would recover their costs and percentage from the compensation realised.

“We are out to have our client know what happened and then have the jury impose punitive damages against the corporate to send a clear message that profits cannot override aviation safety,” Husain said.

George Kabau’s elder brother Tom Kabau, whose law firm is among the one suing Boeing, said their family lost an amiable, and an ambitious brother who had a promising future.

“My younger brother had the interest of the family at heart. It is unfortunate that even after the crash the corporate was still insisting that the planes are safe. What the CEO did to the victims including my brother, he cannot do it to his son,”  Tom said.

Esther Kabau-Wanyoike, Geroge's sister, said her brother had planned to marry by the end of this year but the accident cut short his life “without leaving behind his seed”.

The team of lawyers forms a second group, after another team had told the media that they would represent the victims of the crash.

Post a comment
WATCH: The latest videos from the Star
by GORDON OSEN AND DELANNIE LUCHINA
News
17 April 2019 - 00:00
Read The E-Paper