Kidneys will be harvested from corpses if proposed bill becomes law

Living donors chicken out, others dropped over lifestyle diseases

•It will operationalise the Health Act, which allows Kenyans to donate their bodies or body parts upon death 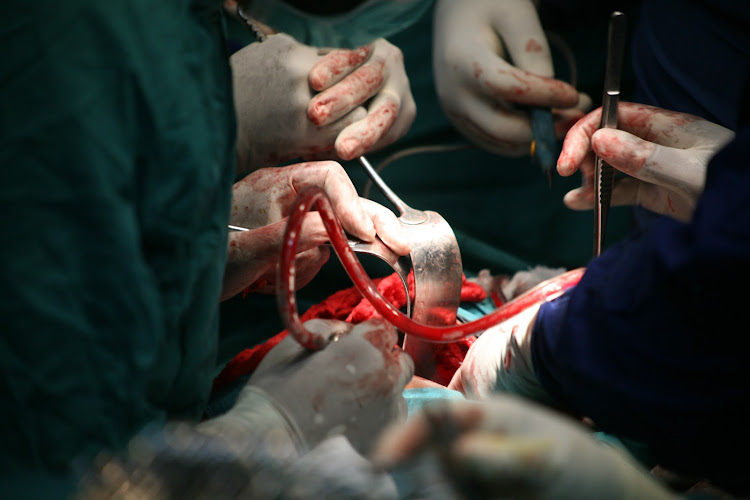 A patient is operated on at the Kenyatta National Hospital by surgeons from hospital de barcelona during the hospital's kidney week in 2013.
Image: FILE

Experts are critiquing the Kenya National Blood Transfusion and Organ Transplantation Bill before it is forwarded to Parliament.

“We also hope we can change the law to extract from friends, but we don’t want to open a Pandora's box where people can buy kidneys. When the [proposed] bill is up we can harvest from dead people,” Dr Ngigi said.

Ngigi said the bill will operationalise the Health Act which allows Kenyans, either in a written will or oral statement, to donate their bodies or body parts upon death.

“It will set proper frameworks for the donation of cadaveric tissues,” he told the Star.

Ngigi spoke at Kenyatta National Hospital during a briefing on the ongoing donor-supported orthopaedic and kidney transplant project.

About 4,300 Kenyans are undergoing dialysis in 151 centres across the country, according to NHIF.

Last year, KNH announced that 2,000 of those people were on its waiting list for transplants. But the hospital only conducts about 15 transplants a year.

Many transplant patients are undergoing expensive dialysis after donors chickened out in the last minute.

Doctors said other potential donors are dropped because of their poor lifestyles which predispose them to chronic diseases like diabetes.

According to the Ministry of Health, only 466 patients have undergone transplants since 2006, in public and private hospitals.

Ngigi noted some patients opted for dialysis instead of transplant because the National Health Insurance Fund does not pay for the life-long drugs needed after transplant.

“There’s a narrative that it is cheaper to be on dialysis than a transplant. This is a disincentive created by NHIF because it fully pays for dialysis at Sh9,500 per session, two sessions a week,” he said.

NHIF pays Sh500,000 for a transplant but not for the life-long immunosuppressive drugs needed after transplant.

A patient needs about Sh40,000 every month for the drugs to maintain that relationship.

Without the medicine, the body often rejects the new kidney and the patient goes back to dialysis.

“It makes more sense for NHIF to pay for immunosuppressants so we move many people from dialysis to transplant,” the doctor said.

In 2017, doctors Alex Muturi, Vihar Kotecha and Samuel Kanyi audited the hospital’s renal unit and found that all the transplants were safe with minimal complications.

“The data can be used to educate potential kidney donors on the overall safety of this procedure in our centre in a bid to increase the donor pool,” the study published in the BMC Nephrology journal reads.

It is titled 'A retrospective study to assess the evaluation of living related kidney donors and their outcomes following nephrectomy at Kenyatta National Hospital'.