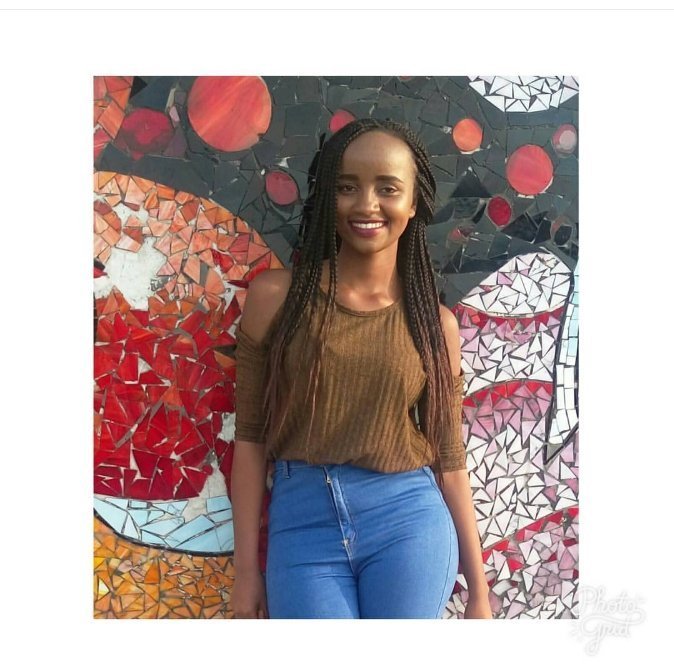 A friend of the murdered Moi University School of Medicine student, Ivy Wangeci, has released a statement saying she was murdered on Tuesday by a stalker who wanted to be her lover.

Rodgers Abidha, on a Twitter thread, said that Wangeci had known the person who killed her, 28-year-old Naftali Kinuthia since she was a child.

“He has been pestering Ivy to be his girlfriend, since childhood, Ivy constantly refused," Abida said.

He explains that Wangeci had been complaining that Kinuthia had been stalking her for a while.

“The monster who killed her allegedly travelled all the way from Nairobi in a car with an axe and a knife. He allegedly had a friend driving the car, then ran towards Ivy and maimed Ivy with the axe,” reads the thread.

She was wearing her white doctor's coat a mid-morning when she was hacked to death.

A friend had tried to help Wangeci, but he too was attacked and fell down.

“The killer then went ahead and maimed Ivy severally then he ran away.”

He was caught by boda-boda guys and seriously injured.

On the thread, Abidha addressed the rumours that have been making rounds on various blogs.

“The stories going round that she infected him with HIV-Aidsare just fabrications by people to try and make their stories more interesting for the public to click on their blogs.”

She was such a hard worker, a good student and an amazing doctor to be. She stayed late taking care of patients, diligently followed up on them, stop spreading malicious rumours about her. She was not a 'slay-queen' she was a doctor to be. Put some RESPECT to her name. pic.twitter.com/Kv09IxDdel

Wangeci’s closest friends have confirmed that she never had any romantic relationships with the assailant, and had never dated him.

Some said she had deferred school for one year to be with the man who killed her.

He explains that the whole sixth  year medical class had been delayed due to the strikes that occurred over the last two years.

He explains that Wangeci is a victim of a stalker who couldn’t take no for an answer.

“She is a victim. Stop spreading horrible rumours about her.”

Ivy would have celebrated her birthday on 10 April.