Who is David Ochieng? 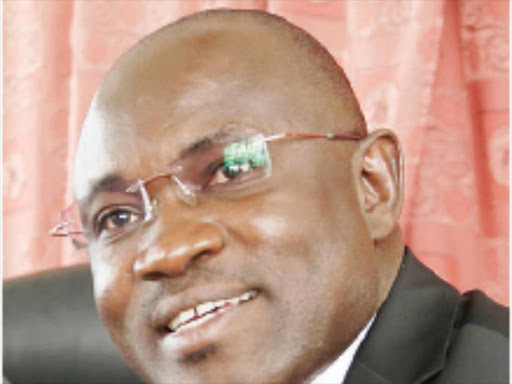 For David Ochieng’, life has been about making things work no matter how difficult or unfair life might seem to be.

The 39-year-old lawyer says his journey mirrors that of every ordinary Kenyan, having been born and brought up in a peasant family in Umer village, Ugenya constituency.

Born of teacher parents, the MP-elect told the Star in an exclusive interview yesterday that he was brought up in the rural setting.

“I grew up in the rural. Went to school there, fetched firewood and water for my parents,” he said. He played local football made from polythene rags – known in Dholuo as ‘Adhula’.

The squalid conditions of his childhood, he said, motivated him to work hard and make life better not only for his parents but also for the community.

Ochieng' finished his primary education at Buranga school after which he joined Butula Secondary School and sat KCSE in 1998.

The Ugenya MP-elect joined Moi University where he graduated in 2006 with a law degree. He pursued his master's in Switzerland and is undertaking a PhD in Pretoria.

Ochieng’ said he has since his childhood believed in a straightforward life where "black is black and white as so".

In this regard, the newly elected MP told off bloggers attempting to associate his win in the April 5 by-election with Deputy President William Ruto.

“They got it wrong. At no point did I get support from the DP. My campaign was funded by friends who believed in me.”

He also took a swipe at Siaya Senator James Orengo saying his style of politics no longer works in the modern-day scenes.

“Orengo’s politics in gone per se. He has refused to change his university type of politics which no longer works for the masses,” Ochieng’ said.

“Kenyans of true spirit are yearning for real change. We will try to build the party in the image of the new Kenya,” he said of MDG.