What rights lobbies what in IG's 100 days

• Cite accounts of victims who allege police tortured them for information

• Want him, Attorney General to put into effect the National Coroners Service Act and the Prevention of Torture Act, which were enacted in 2017 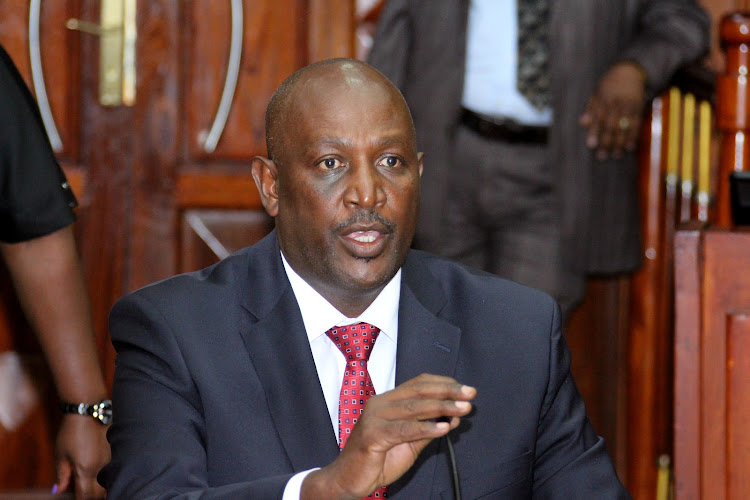 Even as new the Police IG takes office today, civil society groups demand that he commits to ending extrajudicial killings in his first 100 days.

They also want IG Hillary Mutyambai to commit to ending human rights violations and enforced disappearances in his first 100 days.

The police reform working group wants Mutyambai and his team to end the use of torture in interrogation by security apparatus under his control.

In a 20 page document the group, which includes Amnesty International, cited the accounts of victims of inhumane treatment by police in the post-April 2015 terrorist attack operations. They alleged they were tortured to extract information.

The document is titled 'The First One Hundred Days: Civil Society Expectations of the Third Inspector General of the National Police Service.'

They said they were also exposed to extreme cold and heat, exposed to stinging ants, denied food and sleep to make them talk.

Activists want the new IG to liaise with the Attorney General to operationalise the National Coroners Service Act and the Prevention of Torture Act. They were enacted in 2017 but not yet in effect.

They want are yet to be effected.

Further, the group wants Mutyambai  to work with the Attorney General, the Law Reform Commission and Parliament to review the Penal Code

They want petty offences declassified and decriminalised to decongest the criminal justice system.

“This would go a long way in ensuring cases move fast in the corridors of justice besides reducing avenues of corruption,” Demas Kiprono from Amnesty International said.

Haji, Matiang’i and Kinoti have been on a whirlwind tour of informal settlements in the country where residents complain of police harassment, brutality, killings, and disappearances.

This would be part of the community policing initiatives instituted by ex-Police IG  Joseph Boinnet.

The Police Service should have a better and closer working relationship with oversight bodes like Ipoa, they said.

“Closer cooperation would facilitate meaningful investigations and prosecutions of police officers who break the law or fail to make mandatory reports to Ipoa whenever any killings occur in the line of duty,” the document reads.

They want the new IG to commit to enforcing court orders, even those perceived to be negative by the Executive as part of entrenching the independence of his office.

“Boinnet did not do well in enforcing court orders. Under the new boss, court orders must mean something in this country and we will hold him to account” executive director of National Coalition of Human Rights Defenders Kamau Ngugi said.