TWO BABIES DIED IN PAST WEEK

•Tests showed she had an enlarged heart with fluids around it. Her lungs were also enlarged and fluids 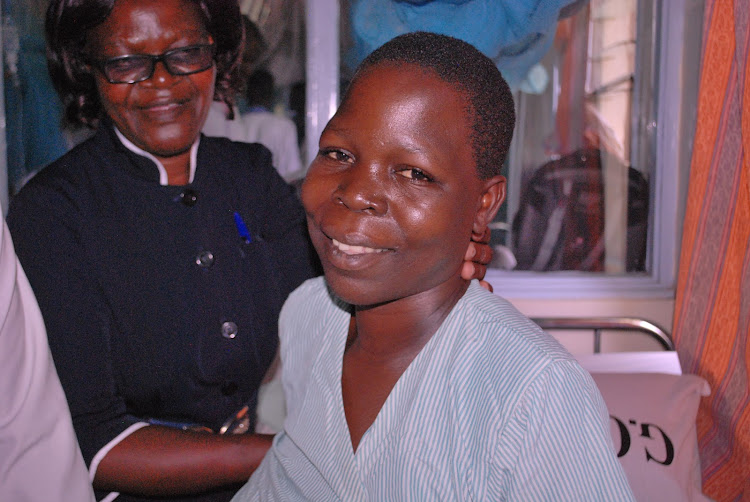 The 28-year-old woman who gave birth to quintuplets at  the Kakamega County Referral Hospital last month has died.

Everlyn Namukuhula died at the Moi Referral Hospital in Eldoret after complaining of severe chest pains. Two of her children had died in the same hospital last week.

Hospital CEO Dr Wilson Aruasa yesterday confirmed she died at midday as she was being taken to the ICU.

“She has been doing very well and taking care of the children at the nursery. She suddenly complained of severe chest pains and died as we were preparing a bed for her at the ICU," CEO said.

He said initial tests indicated the woman had an enlarged heart with fluids around it. Her lungs were also enlarged with fluids.

Aruasa said among the children, two boys who were weak on admission had died. The other three – all girls – are doing well.

He said Namukuhula had been put on treatment to control the possibility of a blood clot in her veins, because she had delivered through a caesarean section.

The CEO said it is possible that she had a blood clot but the postmortem examination will reveal the actual cause of death.

Namukuhula and her babies were transferred and admitted to the Moi Referral Hospital on March 12.

Aruasa said Namukhula had been staying at the hospital with her mother since she was admitted.

Doctors had said the children needed to undergo what is known as Zipap in medical terms, which is the improvement of oxygen circulation in their bodies.

There has been controversy after elders from her community said two of her children had to be killed as part of the traditions and customs from the community. Namukhula was from Sisokhe village in Navakholo subcounty.

Namukhula has four other children, including twins. When she delivered she had  said she would discuss with her husband whether to get more children.