Ruto has been on the warpath with DCI boss George Kinoti and DPP Noordin Haji, accusing them of 'selective prosecutions'

• Ruto's allies are all smiles, the President denounced the vigilante justice mentality

• Many leaders, however, say Uhuru missed an opportunity to restore hope to a bitter citizenry. 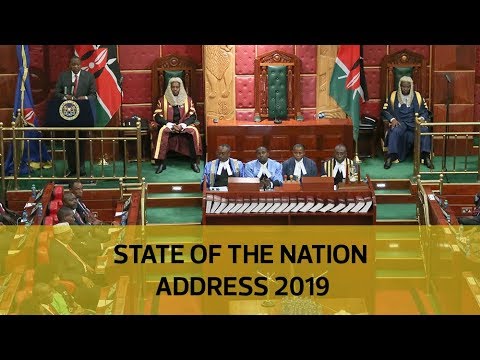 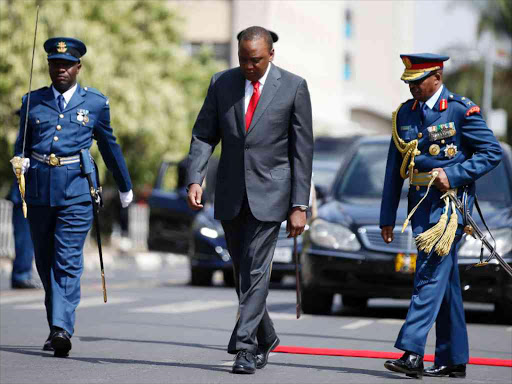 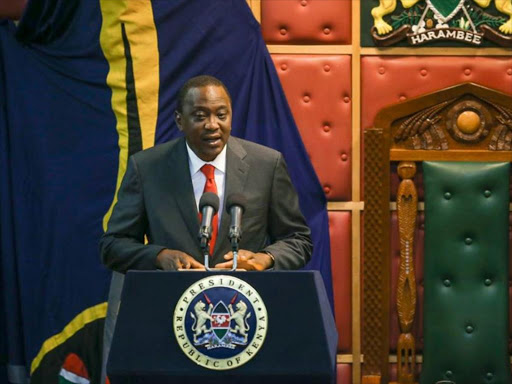 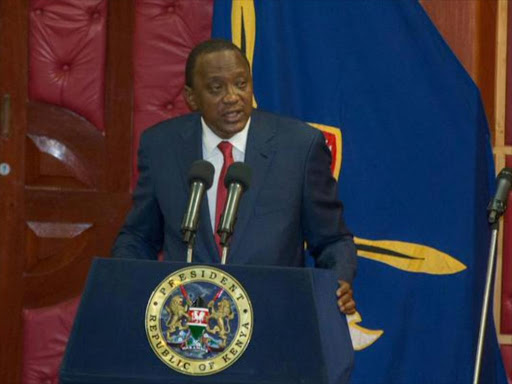 President Uhuru Kenyatta’s failure to crack the whip on graft suspects has triggered fury and critics say he has been beaten into submission by his relentless deputy William Ruto.

But Ruto’s allies, who have previously trashed the anti-graft war as a charade, were celebrating yesterday that Uhuru had finally begun reading from their script.

Ruto has been on the warpath with Director of Criminal Investigations George Kinoti and Director of Public Prosecutions Noordin Haji, accusing them of “selective prosecutions, devoid of facts and propelled by lies”.

“As we move forward as a nation, selective prosecution targeting predetermined individuals and projects, and steamrolled by a narrative of convenient lies and falsehood and propaganda, is not a fight against corruption. It's impunity, it’s politics and it’s headed in the wrong direction,” Ruto protested late last month while visiting Malindi.

In his State of the Nation address on Thursday, Uhuru delivered a very carefully worded speech. He ducked public pressure to sack graft suspects and said the war must not be pursued through what he termed “vigilante justice”.

Under pressure to act, the President seemed keen on appeasing his disgruntled Deputy President. The President only pledged to kick out suspects once they are charged in court.

“His anti-corruption legacy would be zero. The inaction is because his [Uhuru’s] friends and relatives are part of the corrupt deep state,” ANC Party secretary-general Barack Muluka told the Star.

For weeks now, some civil society players have been deriding Uhuru online as a President who gets angry, threatens and barks but doesn't act, doesn't bit.

Rarieda MP Otiende Amollo said that he watched a section of Ruto’s allies celebrate in Parliament when the President failed to crack the whip.

“He [Uhuru] answered them [Ruto allies] but also pacified them,” Otiende said in an interview on Thursday night.

Senate Majority Leader Kipchumba Murkomen, who has led the onslaught against Uhuru’s anti-graft war, said he was glad the President had eventually denounced the “vigilante justice mentality”.

“I am glad that the President has acknowledged what we all know, that we must fight corruption. But we cannot fight it like we are dealing with vigilante justice. We must use the rule of law,” Murkomen stated.

The MP faulted those pushing Uhuru to fire suspects as impatient and likened the calls to “mob justice and jungle rule”.

“Vigilante law precedes anarchy and the President decided to stick to the law. It would be irrational to make the President engage in mob justice and jungle rule,” Nyoro said. Uhuru has already shown the will to fight corruption, he said.

Former Mukurweini MP Kabando Wa Kabando, an ardent Uhuru supporter, said the President means business. But he said that since the address everyone seems to be doubting his resolve in slaying the graft dragon.

“The public is angry. The mood in the country is foul, restless and impatient with runaway corruption…I haven’t met anyone who believes Uhuru means business. Everyone seems to doubt his honesty.

"In fact, many are saying he is held hostage because he may be conflicted,” Kabando told the Star yesterday.

I've heard the cries of our people, and their hopes and aspirations for a better Kenya.
News
1 year ago

Kabando, however, remained steadfast about Uhuru’s determination to clean up the country.

Uhuru has previously blasted his Cabinet in public for incompetence and derided them for their appetite for money at the expense of public service.

At least six Cabinet Secretaries and several Principal Secretaries have been questioned in mega graft scandals, raising public expectations that Uhuru could relieve them of their duties. They serve at the pleasure of the President.

Some leaders, including university dons, said Uhuru missed an opportunity to restore dwindling hope in a bitter citizenry.

“The State of the Nation address was an opportunity to give Kenyans hope. The President lost it,” Nairobi University lecturer Herman Manyora.

Nothing stops the President from firing a Cabinet Secretary, Principal Secretary or Chief Administrative Secretaries before they are charged in court

Otiende who is a close ally of Opposition chief Raila Odinga faulted the President, saying he can fire his Cabinet based on intelligence briefs alone.

“Unfortunately, I do not agree with the President. As a matter of fact, our intelligence knows a lot of things about a lot of people. They cannot prove them in court but the President has access to them,” protested Otiende.

He went on, “Nothing stops the President from firing a Cabinet Secretary, Principal Secretary or Chief Administrative Secretaries before they are charged in court because they serve at the discretion of the President. He himself has told us there is rot in the Cabinet, meaning he has the dossiers.”

Raila and Wiper Leader Kalonzo Musyoka have strongly endorsed Uhuru’s speech but some of their allies are reading from different scripts.

Gatundu North MP Francis Njenga aslo backed the President saying he affirmed that Kenya believes in the rule of law.

“We can’t prosecute people outside the law. We must stop the dehumanisation and politicisation of the war on corruption,” the MP said.

But despite failing to crack the whip, Uhuru expressed confidence in the country’s investigative agencies in what appeared to be a rebuke to Ruto and his allies.

“I remain confident in our investigative and prosecutorial institutions to diligently deliver justice on the strength of the evidence and in fidelity to the law,” Uhuru stated.

On Friday Wajir East MP Rashid Amin dismissed the President’s speech as below par and failing to meet the expectations of Kenyans.

“The President was lukewarm. He wasn’t clear, committed or decisive on his actions in the fight against corruption. He chose to repeat what he has been saying since 2013. The speech did not meet the threshold of the expectations of Kenyans,” the Jubilee MP said.

Siaya Woman Representative Christine Ombaka said the President did not provide clear measures he has put in place to deal with corruption.

“I was quite disappointed with the speech. It was really lukewarm. He should tell when the people will be arrested and how to recover assets stashed abroad,” the MP said.

“Suspects must step aside and allow investigations. That is one thing he needed to say.”

Kisumu Woman Representative Rose Nyamunga said the President’s address was good as it emphasised premium for the rule of law.

“It was fairly a good speech. Let us allow the law to take its course,” the MP said.

West Mugirango MP Vincent Kemosi supported the President’s position that graft suspects should only be pushed out of office once charged formerly in court.

“Nobody should be condemned unheard. Before one is charged you can’t purport to sack them,” the Ford Kenya MP told the Star.

“The President cannot dwell on corruption alone and then forget to make any reference to critical issues affecting Kenyans today. It would appear that the common man’s challenges are not Uhuru’s priorities,” the KNC MP said.

“The President cannot be talking about corruption only. While I support the anti-graft fight, it must not sweep under the carpet the plight of the common mwananchi,” the Ruto ally said.