Why few women take up science

• Despite boys and girls sitting together in class, a huge gender gap still remains

• Girls courageous enough to take up science courses are  tagged tomboys as majority keep off the 'big scary sciences'. 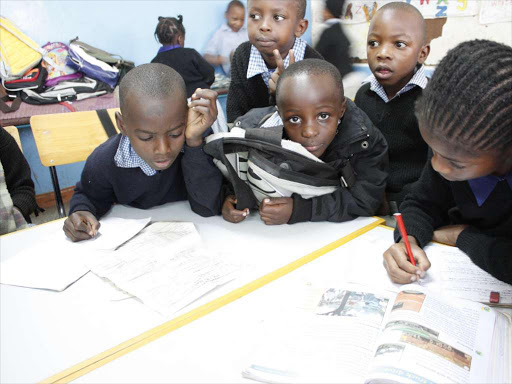 The choice of toys you buy your children could develop stereotypes on gender roles, hence leading to social barriers.

Unesco gender and science programme specialist Alice Ochanda says young children can absorb and be influenced by gender stereotypes, and these can be as detrimental in creating social barriers.

"At very early stages, parents show their children that they are different. For example, parents will buy their girl toddlers barbie dolls, while boys will get a toy car... In fact, most girls end up in biological studies because they are brought up in that nurturing nature," Ochanda told the Star yesterday.

Despite boys and girls sitting together in class, a huge gender gap still remains.

Girls courageous enough to take up science courses are tagged tomboys as the majority keep off the 'big scary sciences'.

This has further been dragged into academics by creating social barriers on what is preferred as boys and girls' subjects, Ochanda said.

The social barriers — including stereotypes, gender bias, and the climate of science and engineering departments in schools and colleges — have for a long time been described as a stumbling block to women progress in STEM (science, technology, engineering and mathematics).

University student Sasha Mongeli is the StarTimes/SJAK sports personality of the month for October 2018.Mongeli, a student at Technical University ...
Sports
3 years ago

"Women need more mentorship to show them they are equally smart as their male counterparts and can pursue the same subjects," Ochanda said.

The place of science-related subjects not only remains low but also characterised by poor performance among girls.

Ochanda noted there is a need to shift and fix the false presumption that girls are not as good as boys in science and math. She said in order to fit in,  some girls take up subjects in arts that are seen feminine.

In general, only 22 per cent of learners at the university are taking up science-related courses with only eight per cent of them being women.

Langat said science lies as a backbone in almost all fields.

This comes at a time when the Ministry of Education, Unesco, NACOSTI and Fintech firm Interswitch, among other organisations, have launched a competition christened InterswitchSPAK for learners in public and private schools with an interest in science and mathematics.

InterswitchSPAK will then award the winner a scholarship worth Sh1.5 million, a laptop and signage for their institution.

The second and third student will receive Sh750,000 and Sh150,000 respectively and a laptop each.

The number of women graduating from teacher training institutions in 2016 was (pg. 54), however, only 15 per cent of principals in secondary schools ...
News
4 years ago
Post a comment
WATCH: The latest videos from the Star
by LEWIS NYAUNDI Education Reporter
News
04 April 2019 - 05:00
Read The E-Paper