•All betting licenses  to be suspended from July 1 unless they have fully  paid taxes. 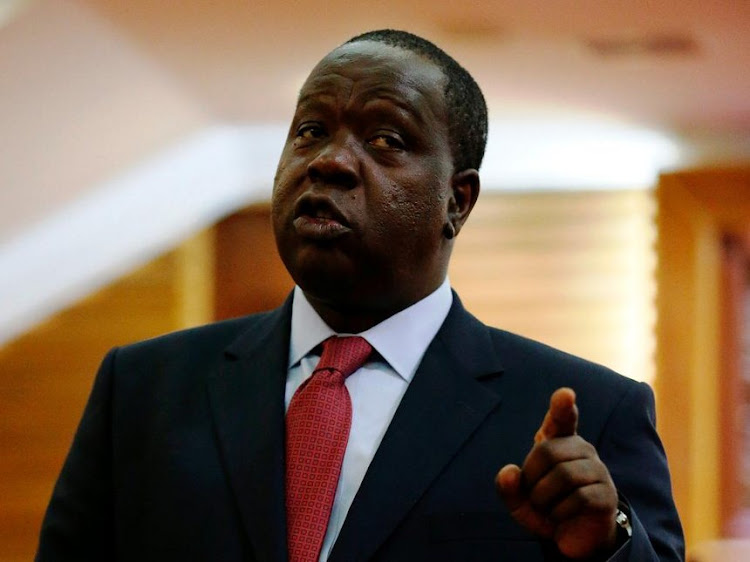 No betting company will be allowed to operate from July 1 without proving it is tax compliant, Interior CS Fred Matiang’i has said.

He said a  tax compliance bill will soon be presented in Parliament.

Matiang'i spoke on Monday during a meeting withthe Betting Control and Licensing Board.

He said some betting companies take advantage of Kenyans.

Matiang'i also raised concerns over advertisements of betting companies, calling upon the Communication Authority of Kenya to review the regime.

The CS said up to 76 per cent of youths in Kenya are involved in gambling.

The CS has also directed the Betting Control and Licensing Board to scrutinise all companies and forward a report in a month.

Last year, the government announced a uniform tax of 35 per cent on gross gaming income on all sectors of the industry.

Rotich had proposed the taxes be raised from 7.5 per cent (betting), 12 per cent (lottery) and 15 per cent (gaming) introduced in the Finance Act 2016 to a uniform tax rate of 50 per cent.

KRA commissioner general John Njiraini told the National Assembly on February 21 that the agency collected about Sh4.7 billion in corporate tax from betting firms in the last three financial years.