Nairobi speaker to get official residence by June

•  Two houses identified, one in Gigiri, one in Lavington; Lavington is former mayor's residence, considered likely 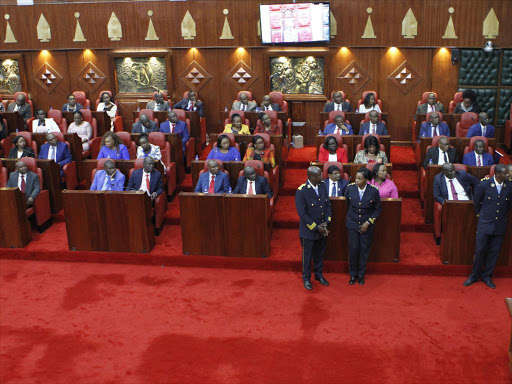 The Nairobi County Assembly has identified two houses as the potential official residence for the Speaker.

After a five-year search, they narrowed the choice down to a house in Gigiri and another in Lavington.

County clerk Jacob Ngwele yesterday told the Assembly Budget and Appropriations Committee that what remains is an inspection of both houses.

But the former mayor's house in Lavington is expected to be the choice.

The Speaker is entitled to Sh150,000 a month as housing benefit for rent. But the Salaries and Remuneration has ordered counties to buy instead of rent to economise in the long run.

Ngwele said the assembly earlier had requested the Executive to surrender one of its many properties to be used as the speaker’s official residence.

He said that on Monday he would accompany a quantity surveyor and architect to spect the two houses. Before the end of the financial year on June 30, the renovations should have been done, he said.

The clerk said the assembly had been given a deadline of June 30, 2019, by the Salaries and Remuneration Commission back in  October 2016.

The county has been paying depending on a lease agreement.

"As directed by SRC the rent is paid directly to the owner of the house but the window period is only available until 2019. Before this time the assemblies are to have bought houses," Ngwele said.

In the last financial year, the assembly had budgeted for the purchase of the speaker’s residence and the tender was advertised.

Sh150 million were set aside for the residence.

The house was to be located in the designated UN Blue Zones of Spring Valley, Kitisuru, Kileleshwa, Loresho, High Ridge, Lower Kabete, Windsor, among other places.

The residence must have adequate parking, a swimming pool, a paved driveway and a private gate to the compound.

The residence is to be located on at least half an acre, have a perimeter wall with electric fencing. It should not be adjacent to empty plots.

It also should have a sitting with a 50-person capacity, five bedrooms, at least three of them ensuite, with balconies and terraces.

During the tenure of the Nairobi City Council, mayors had been designated a residence in Lavington. That property is valued at Sh157 million and stands on 0.8 acres.

Ngwele told the committee they had received bids and settled on one worth Sh120 million.

"The assembly board later concluded that no new house would be bought but one of the executive properties would be refurbished, costing around Sh5 million," he said.