• The system seeks to give Kenyans a unique code, Huduma Namba, without which one can not access crucial government services. The project is being piloted but is the subject of dispute. 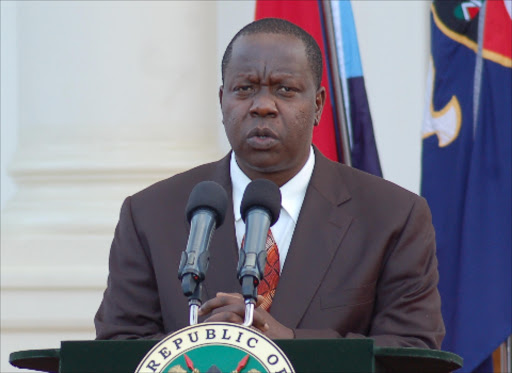 The controversy over implementation of the ambitious Sh6 billion digital registration escalated yesterday after a meeting between senators and Interior CS Fred Matiangi to resolve the matter ended in dissary.

The system seeks to give Kenyans a unique code, Huduma Namba, without which one can not access crucial government services. The project is being piloted but is the subject of dispute.

The senators are said to have raised issues with the manner and speed the NIIMs was procured and the lack of public participation before rollout.

The lawmakers pushed for suspension of the multi-billion project to give time for consultation with various stakeholders, claiming the system infringes on the rights of Kenyans.

The Senate has summoned Cabinet Secretaries Fred Matiang'i (Interior), Joe Mucheru (ICT) and Attorney General Paul Kihara to appear before them on ...
News
3 years ago

NIIMs is meant to be a one-stop shop that creates, manages, maintains and operates a national register of personal details.

A senator who spoke to Star after the closed door meeting said the session failed to unlock the stalemate as Matiangi’s explanations "were unsatisfactory."

“As much as the intention of the initiative is noble, there are a lot of grey areas on the legality of the whole process. We agreed that they (government) will adjust and get back to us,” the senator said.

But emerging from the closed door meeting, Senate Security committee chairman Yusuf Haji said they resolved out all the contentious issues.

“We are satisfied as all our concerns have been addressed,” he said, without explanation.

Matiang’i did not say much to the waiting journalists, only stating they had fruitful engagements.

Today, the Court will rule on a case in which the Kenya Human Rights Commission has challenged the legality of the project.

Senators have been questioning the haste in implementing the system despite lack of supporting laws and other controversies that shrouded Huduma Namba.

The Data Protection Bill, which should anchor the NIIMS, is still in the Second Reading stage in the Senate yet the programme has already been rolled out.

The government has, however, maintained NIIMS was enabled by the National Assembly through the Statute Miscellaneous (Amendment) Bill of 2018.