CBK retains base lending rate at 9%

• Decision by MPC means that banks will continue lending at a maximum of 13 per cent.

• High Court recently scrapped the interest cap law but suspended decision for 12 months to give the Parliament time to rethink it. 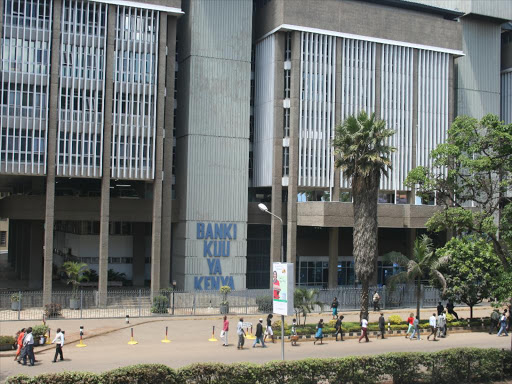 Central Bank of Kenya on Wednesday kept the base lending rate unchanged at nine per cent.

This means banks will continue to lend at a high of 13 per cent.

The drop in inflation last month was largely due to stable food prices, lower electricity and fuel prices. Kenya’s inflation fell to 4.1 per cent in February from 4.7 per cent in January.

The MPC is, however, is expecting the cost of living to rise in coming months due to a surge in international oil prices, which it said may exert moderate upward pressure on fuel prices.

Even so, it expects the overall inflation to remain within the target range in the near term, in part due to adequacy of food supplies and lower electricity prices with the reduced usage of expensive power sources.

The MPC also said the economy is operating close to its potential, so the current policy stance remains appropriate to anchor this growth.

“The inflation rate fell following decreases in food prices which offset the increase in energy prices and transport costs following the implementation of VAT on petroleum products in September 2018,” CBK governor Patrick Njoroge said in a statement.

"Non-food-non-fuel (NFNF) inflation remained below five per cent, indicating that there were no demand pressures in the economy"

The MPC added that there are no immediate concerns about the exchange rate, citing adequate forex cover and healthy inflows from diaspora remittances, tea, tourism and horticulture.

The MPC’s decision to retain the base lending rate comes a week after the High Court declared Section 33B of the Banking Amendment Act, 2016, which introduced interest cap, unconstitutional.

The court however suspended the decision to go back to free-floating interests for 12 months to give Parliament time to rethink the law.

Post a comment
WATCH: The latest videos from the Star
by VICTOR AMADALA Business Writer
News
28 March 2019 - 00:00
Read The E-Paper