Museveni takes Uhuru to task over revival of Rai paper

• Museveni said Kenya should fast-track the revival of the mill to increase EAC trade.

• About Sh1 billion was pumped into reviving the mill in 2016, but two years later, operations are yet to resume. 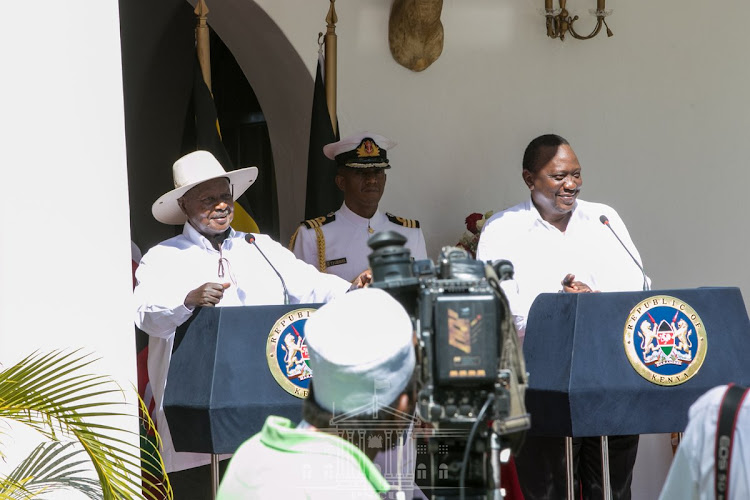 Museveni said Kenya should fast-track the revival of the mill to increase trade in the East African Community, adding the region is losing billions of shillings importing goods that can be produced locally.

“It is madness. It must be stopped. Why doesn’t Uganda buy paper from Kenya?” he said.

Museveni said the country imports paper worth Sh13 billion from Finland, yet Kenya has a paper mill that can easily supply the country with paper.

About Sh1 billion was pumped into reviving the mill in 2016, but two years later, operations are yet to resume.

Uhuru said the government is in the process of reviving the paper mill.

Museveni disputed that the region has had a 13 per cent drop in intra-trade, instead saying it has grown and will continue to do so.

He noted that though there are barriers to trade, they can be solved.

Uhuru and Museveni spoke at State House, Mombasa, after bilateral talks between  Kenyan and Ugandan delegations led by the two heads of state.

Museveni said East African countries are bleeding because of laziness and lack of focus.

“Let us stop being pessimistic. Those (trade) figures are because of sleeping. People are sleeping. But that does not mean they are dead. Let us wake up and work. We are in a wake-up session now,” he said.