• Kenyans question how missionaries are vetted to weed out paedophiles. 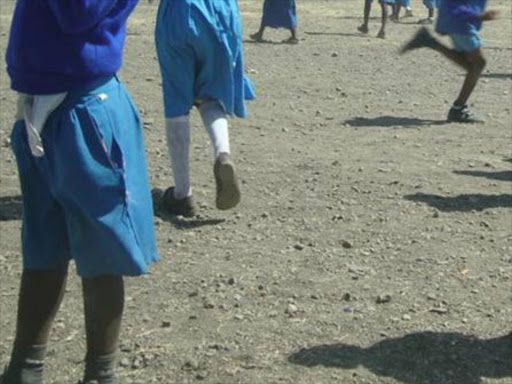 Kenyans on Twitter reacted angrily after Preying Missionaries was aired on NTV on Sunday, focussing on child sexual abuse.

The show featured two American missionaries, Gregory Dow and his wife Mary Rose, who sexually abused children in their care at their charity home in Boito, Bomet county, for almost a decade.

Dow, who came to Kenya in 2008 with his wife, is reported to have faced sex-related crimes in the US. He is said to have served time in prison.

Some KOT asked for accountability from the US Ambassador. Others blamed corruption and the government.

Jabami Yumeko tweeted to the ambassador, “I hope you watched #PreyingMissionaries we're not a dumping ground for your sex offenders and those on the registry must be obligated to reveal that information before travelling to the Global South, where vulnerable groups are.”

Another tweeted, “Corruption has left Kenyans so vulnerable. Convicted American paedophiles jet into the country, set up an orphanage and molest orphans. The government and Kenyans are so wide apart. Most government officials care for nothing but loot and plunder. Shameful evil!”

You put contraceptive to 11 yr old girl. Then you test her HIV status. My friend, what's your intention? DEMO to US embassy a must. They must know this is not just a small matter.

Wambui wrote, “See how a broken system is failing children. A convicted criminal (foreigner) just comes, opens a children's home to molest children and without consequences. Where's the government Children's Department that's supposed to visit and inspect such homes? So heartbreaking!”

Other Kenyans questioned the manner in which the vetting process for missionaries is done.

“How are these missionaries vetted when they come to operate in Kenya to determine their criminal background or to even know if they are who they say they are? Someone slept on their jobs,” Arsenal Pundit tweeted.

Nandi posted, “We need to stop accepting aid blindly. How is it that a child predator can open and run a children’s home for almost a decade and nobody questions his dealings? Shouldn’t there be social workers who visit the home and ensure the children are not exploited?”

Durham and Harris were both convicted for their crimes.

Dow fled Kenya in 2017, following an arrest warrant was issued against him. His wife was freed on Sh50,000 bail.

The Daily Nation on Monday reported that the Federal Bureau of Investigation has launched a probe of the American couple.

“I know the FBI and local authorities started investigations soon after this issue was published in the Lancaster newspaper and the Sunday Nation. I have been interviewed several times,” a source told the Nation.

This isn’t the first time missionaries used their position of power to abuse children.

Between 2012 and 2014, American citizen Matthew Durham frequented Kenya as a volunteer for Upendo Children’s home. During this period, Durham sexually abused children aged between five and 15.

Between 1990 and 2013, British former school teacher, Simon Harris had set up an education charity in Gilgil. He was reported to have taken vulnerable boys from the street under the pretence of providing them with food, money and education.

He sexually abused and raped the children in his home, which he called the Green House.