He argues DCI is not independent because he receiveS instructions from Matiang’i. 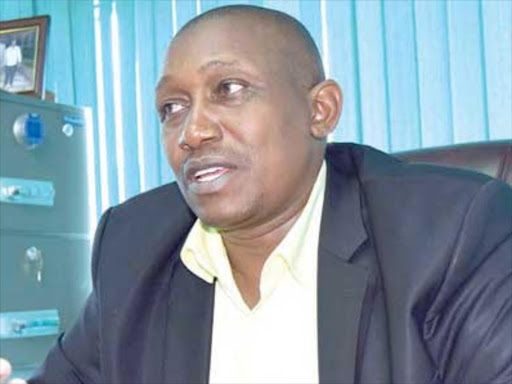 In a certificate of urgency, Gakuyo wants Interior CS Fred Matiang’i and DCI boss George Kinoti temporarily stopped from investigating and arresting him.

Through lawyer Boniface Njiru, the sacco chairman says his political enemies  are the reason he is being sought by police.

“For some time now there has been prolonged litigation by the Commissioner of Cooperatives against me, Ekeza Sacco and Gakuyo Real Estate which I believe had a political motive,” Gakuyo said.

He claimed a suit is pending in the High Court in which the commission obtained orders barring him from accessing the assets of Gakuyo Real Estate. He said these were meant to settle the sacco's debts.

He claims Matiang’i directed the Police IG to investigate and charge him for embezzlement of members cash which he says is illegal.

“I believe CS Matiang’i is unconstitutionally interfering with the independence of the police by directing them to arrest and prosecute me,” he claimed.

Gakuyo says he is afraid he will not get a fair trial in court.

He further argues the DCI is not independent because he received instructions from Matiang’i.

He says he went to the DCI with his lawyers after the CS called for his arrest and he was told there were no complaints against him.

However, a day later he saw the DCI asking members of the public who lost money at Ekeza to record statements at their headquarters.

On Monday, thousands of his members lined up at the DCI to make their complaints against Gakuyo but due to their large numbers they were overwhelmed and later dispersed by police using tear gas.

Meanwhile, at the commercial court, the new management of Ekeza Sacco wants the court to dismiss a petition by 11 of Ekeza members seeking to bar them from taking over.

In an application filed in court Friday, they argue the petition is frivolous, an abuse of the court process and has been overtaken by events.

The interim committee appointed by Commissioner of Co-operatives Development Mary Mungai says they have already taken office and cannot be stopped.