• Preliminary information points to a scheme by some Treasury officials,  well-connected politicians and top KRA officials.

• Most government operations have been centralised and all payments from those seeking state services are channelled through the eCitizen platform. 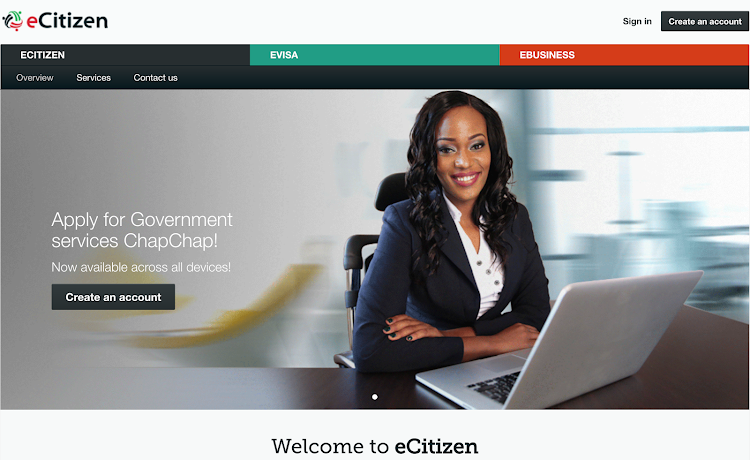 The Directorate of Criminal Investigations has its eyes trained on some Treasury officials and directors of two firms implicated in what is alleged to be a Sh5.6 billion eCitizen probe.

The Star has established that the DCI has launched investigations into the controversial online payments portal, in a major probe that could turn the spotlight on powerful government officials.

“We have started investigations and will keep Kenyans informed of the progress as we move on,” a senior DCI officer familiar with the investigations told the Star.

The officer said that preliminary information points to a scheme by some Treasury officials,  well-connected politicians and top KRA officials.

The DCI wants to unravel how the Sh5.6 billion mysteriously disappeared from the eCitizen pay bill account, which was being managed by a local firm allegedly contracted to collect payments from Kenyans seeking government services.

It is alleged that the money could not be traced after the Court barred Goldrock Capital limited from operating the account that was receiving millions per day from Kenyans applying for various services.

What we are looking at is a fraud scheme orchestrated by government employees as well as a network of other senior figures.

It is not clear how Goldrock Capital Limited, a private firm, took over the role of the Kenya Revenue Authority by receiving billions of shillings from Kenyans without any approval from the Treasury.

The KRA is the primary agency authorised by law to collect revenue for the government and any other agency would require Parliament’s approval or appointment by the Treasury.

The Treasury has denied authorising the private firm to collect money on behalf of the government.

Most government operations have been centralised and all payments from those seeking state services are channelled through the eCitizen platform.

For instance, application for a three-year driving license renewal costs Sh1,400, while a one-year license goes for Sh600. The NTSA then charges a mandatory Sh50 convenience fee in addition to the renewal charges.

Application for a certificate of good conduct from the Directorate of Criminal Investigations costs Sh1,050 inclusive of charges.

With thousands of Kenyans applying daily for such documents, eCitizen could be collecting millions of shillings per day, making it one of the country’s biggest single-revenue generation platforms.

Meanwhile, the DCI has forwarded the dams investigation file to Director of Public Prosecutions Noordin Haji.

He is expected to recommend any time soon the prosecution of senior government officials alleged to have benefitted from the Sh21 billion scam.

Part of the money is said to have been released as a downpayment to CMC di Ravenna -  the broke Italian firm – for the construction of the Arror and Kimwarer dams in Elgeyo Marakwet.

In the eCitizen probe, the DCI would seek to know if KRA commissioner general John Njiraini was aware that a private firm had been ‘engaged’ by the Treasury to collect money from taxpayers on the taxman’s behalf.

What would be of much interest to the investigators are reports that Goldrock Capital limited managed to set up an M-Pesa pay bill — over which the Treasury had no control and which started collecting money from Kenyans ostensibly on behalf of the government. 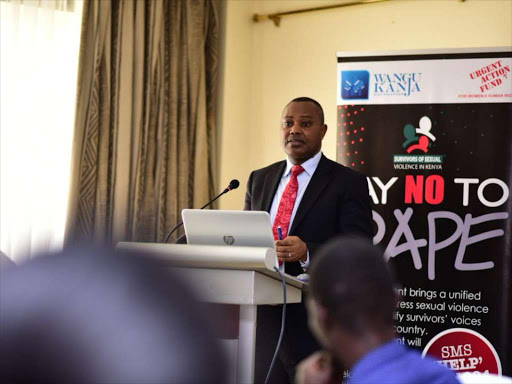 The eCitizen is an online platform, through which the government provides essential services such as applications for passports, driving licences, business registration, motor vehicle logbooks and title deeds.

The detectives are also seeking to establish the recipient of Sh50, a convenience fee charged on each transaction made through the platform.

Several ministries, counties and government agencies use the platform to receive payments for their services to Kenyans with a convenience fee of Sh50 charged for each transaction.

Goldrock had in June 2017 sued the National Treasury for denying it access to the platform’s M-Pesa pay bill number that receives billions of shillings from individuals seeking government services through the online portal.

In response, PS Thugge had stated in court documents that the government did not authorise any private firm to receive eCitizen payments on its behalf.

Thugge said the Treasury only authorised Webmasters Kenya to train government officers to handle the portal. He said any contract to hire a firm to collect revenue was null and void.

Thugge said in his response, “I am aware that Goldrock Capital is not authorised by the National Treasury CS to collect revenue for and on behalf of the government.”

The firm said it was collecting the funds on behalf of the government.

In an affidavit last year, the firm said the Treasury published a gazette notice in December 2014, approving the use of an eCitizen M-Pesa paybill number, knowing that it had been registered to Goldrock Capital.

Goldrock added that Safaricom, which owns and runs the M-Pesa platform, knew that the paybill number was intended for collection of public funds on behalf of the government.

It attached a copy of its application form in which it cites “collection of funds for the government digital payments framework” as the purpose for registering paybill number.

The eCitizen portal was developed in 2013 with funding from the World Bank’s private lending arm IFC and other donors but rolled out in July 2014.

However, it emerged that Webmasters Kenya, the developers of the eCitizen platform, had no contract at all with the Treasury to develop the software.

The filings showed that Goldrock Capital and Webmasters Africa share directorships, exposing massive interests by undisclosed ‘directors’ in the control of the government’s onlinCOURTESYe payment platform.

According to court documents filed in September 2018, Sidney Ngunyi Wachira, the chief executive officer of Goldrock Capital, is also a director of Webmasters Africa.

The documents also revealed that it was Webmasters Kenya, wholly owned by a James Ayugi, which built the World Bank-funded eCitizen platform after being contracted by the government.

Yesterday Ayugi declined to comment on whether the matter is under investigation.

“I can’t comment as the matter is in court,” he said.

Ayugi has sued the Treasury, seeking payments for the development of the eCitizen platform after his firm was kicked out of the management of the online cashless system.

Premium service rate provider Goldrock Capital has insisted both the National Treasury and Safaricom knew it was collecting funds from users of the ...
News
3 years ago
by STAR REPORTER The Star
News
21 March 2019 - 07:00