• The incoming team chaired by Eliud Kinuthia is expected to officially take office this week. 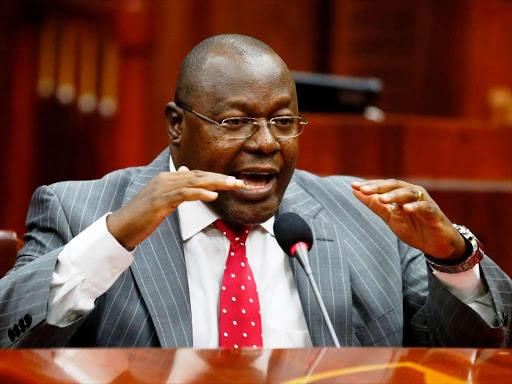 Rebuilding a tattered image, reclaiming their independence and reorganising the secretariat are among key issues awaiting the new National Police Service Commission.

Policing experts and insiders at the NPSC told the Star the new commissioners will have to start from scratch if they are keen on delivering an efficient and fully reformed police service.

The incoming team chaired by Eliud Kinuthia is expected to officially take office today. They will replace the Johnston Kavuludi team that left office in October last year.

Christopher Gitari, director of the International Center for Transitional Justice Kenya Country Programme, said Kavuludi's team bungled the vetting process aimed at weeding out rogue cops to deliver a transformed service. This entrenched the culture of abuse and impunity in the service.

“This is where they should start. They should audit the entire vetting with a view of starting it afresh or continuing with it,” Gitari said. “They should recommit that the process is done transparently, efficiently and above board.”

The new IG will serve for four years, overseeing the 2022 General Elections
News
3 years ago

Vetting should not dwell only on M-Pesa accounts of officers but also on their ability to respect human rights, stick to policing codes and delivery.

“There were officers deemed unfit and yet they were cleared and retained. There were those thought to have been removed but later applied for review and on opaque grounds and were returned to the service, amid complainants of bribery against some commissioners,” he said.

Peter Kiama of the Police Reforms Working Group said the new commissioners will have a daunting task of cleaning up the non-performer image of the commission created by the past team.

“The NPSC is an institution that has portrayed an image of complicity in covering up for police abuses during vetting; one that abdicated its responsibility by delegating its core mandate; an institution that never met public expectation,” Kiama said. He is the executive director of the Independent Medical Unit.

“Although we wish them well, the new team must repair that image to build public confidence that the NPSC is an institution that can manage our police officers as professionals, safeguard their welfare, their rights and ensure they are accountable and provide quality service.”The second task will be to fully take charge of all human resource functions of the NPS, which the former team had left to Inspector General of Police, Kiama said.

“The secretariat is the backbone of the NPSC. But nepotism weakened it. Today we have fellas heading directorates with zero academic qualification, and wanting management skills. Others still hold brief their godfathers who planted them in the commission," a source said, adding that personalising the commission by some commissioners derailed the entire police transformation as personal interests came before professionalism.

"Other than professionalising the secretariat they need to rein in financial and operation impropriety as well place staff in right positions shedding off unnecessary unskilled baggage if at all they want to deliver," the source said.

Another spy to take charge of police service

Even though there is a need for collaboration, Kiama and Gitari said past commissioners had made the NPSC appear as an appendage of the Executive.

“They have to avoid literally kneeling before the Executive. They are a constitutional and independent commission. They must posture as such. They have to provide leadership and not be under control of the Executive,” Kiama said.

They were also expected to take charge of the recruitment of the Inspector General of Police but were overtaken by events when President Uhuru Kenyatta nominated Hilary Mutyambai, mandate experts say they must reclaim from the President.

They are also expected to set the new performance standards for the new IG and ensure new police command structure is fully implemented.

“They should stop taking orders from the Executive,” Gitari said. He said once in office the commissioners should address the police housing crisis, take over the entire police recruitment and enforce discipline.

“Our policing regime is still stuck in the past because of the quality of recruits. This is where they should concentrate in to make sure those who join the service do so for the passion and are competent enough to serve,” he said.

Kiama urged the commissioners to establish functional partnerships with the civil society, development partners and officers across all ranks.

President also appointed Boinnet as the CAS in the Ministry of Tourism and Wildlife.
News
3 years ago
by RAMADHAN RAJAB @rrajab
News
18 March 2019 - 00:00