Victims of Ekeza Sacco asked to report to DCI headquarters

• Fraud victims of Ekeza Sacco in Kiambu and Nairobi counties asked to report to DCI on March 18.

• Earlier this month, the state had been temporarily barred by the high court from taking over the management of embattled Ekeza Sacco. 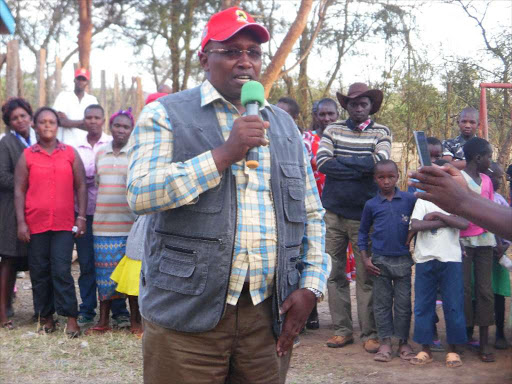 The Inspector General of Police has asked members of Ekeza Sacco from Nairobi and Kiambu counties who have complaints to report at the Director of Criminal Investigations headquarters on March 18.

The affected members are advised to carry deposit/withdrawal statements, deposit slips, any agreements and any other document relevant to the dealings.

Police said victims of the reported fraud complaints touching on Gakuyo Real Estate, Ekeza Sacco and Gakuyo Investment Club from other counties will be attended to on a day be communicated later.

The Sacco which is owned by televangelist David Kariuki (Gakuyo) has been dogged by controversy since last year when the government was compelled to cancel its license after complaints from its members.

Earlier this month, the State was temporarily barred by the High Court from taking over the management of embattled Ekeza Sacco.

The Commissioner of Co-operative Development has been temporarily barred by a Nairobi court from installing a new management committee at Ekeza ...
News
2 years ago

This was after eleven members of the sacco challenged the decision to change the management committee.

Through lawyers James Mamboleo and Danstan Omari, the members said if the court failed to stop the commissioner, the affairs of the Sacco would be liable to neglect, plunder and wastage. This would severely ruin the value of members’ investment, they said.

Mbarak said the monitoring and investigative partnership with co-operatives will help avert damage caused by scandals.

Interior Cabinet Secretary Fred Matiang’i had also weighed into the matter, saying that officials who are mismanaging Sacco’s funds are being monitored closely, promising to take legal actions against them once found guilty.