From flying toilets to 'froggers' - Kenya struggles with slum waste

More than half of Kenya's urban population live in unplanned settlements like Kibera, the World Bank

- Once infamous for its so-called 'flying toilets', Kenya has seen long-drop latrines mushroom in the past decade

- While the charities tend to use sewage trucks - nicknamed "honeysuckers" - to empty their pits, some privately-run toilets rely on 'froggers 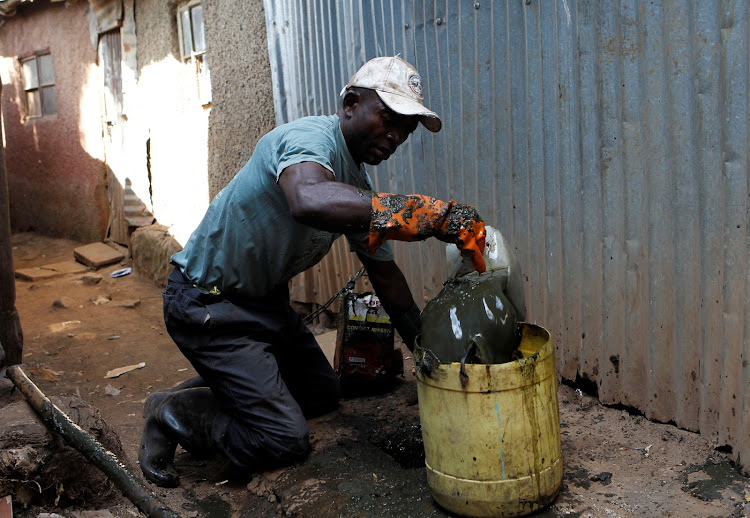 Most of Patrick 'Moreno' Osunda's neighbours curse when the rains make the latrines overflow. For him, it's the smell of money.

Osunda is part of a small army, known as "froggers", emptying a growing number of long-drop toilets, or pit latrines, in Kibera, a rust-roofed informal settlement in Nairobi.

Once infamous for its so-called 'flying toilets' - where residents would relieve themselves into plastic bags then hurl them out the door - Kenya has seen long-drop latrines mushroom in the past decade after international charities and local businessmen funded their construction.

"It has helped reduce the number of people using flying toilets," said Pascal Kipkemboi, a community coordinator in Kibera.

They usually charge between five and 10 shillings (5-10 cents) per use.

But while the charities tend to use sewage trucks - nicknamed "honeysuckers" - to empty their pits, some privately-run toilets rely on men like Osunda. 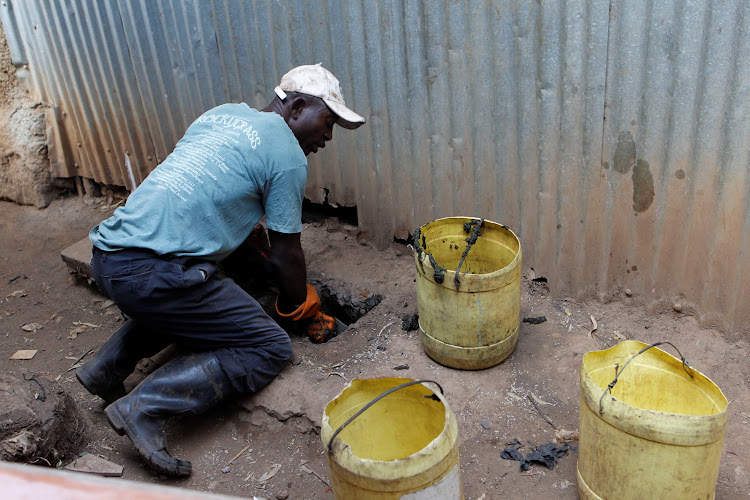 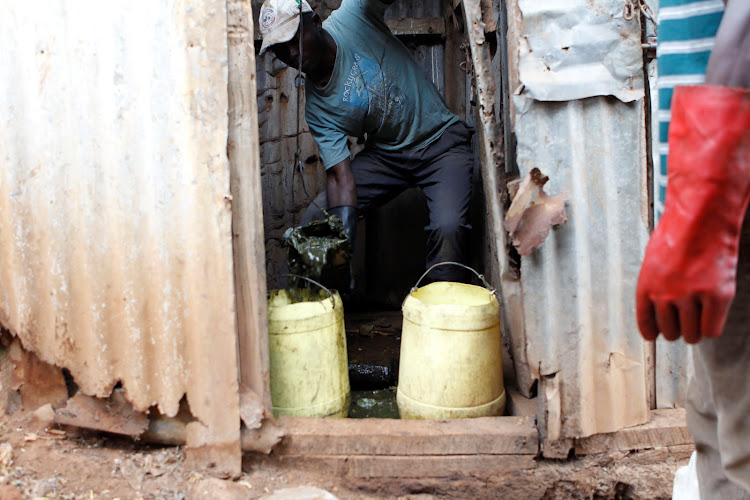 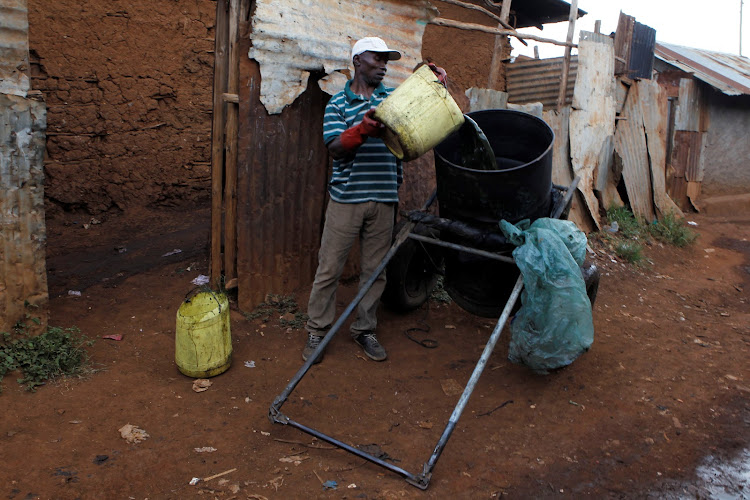 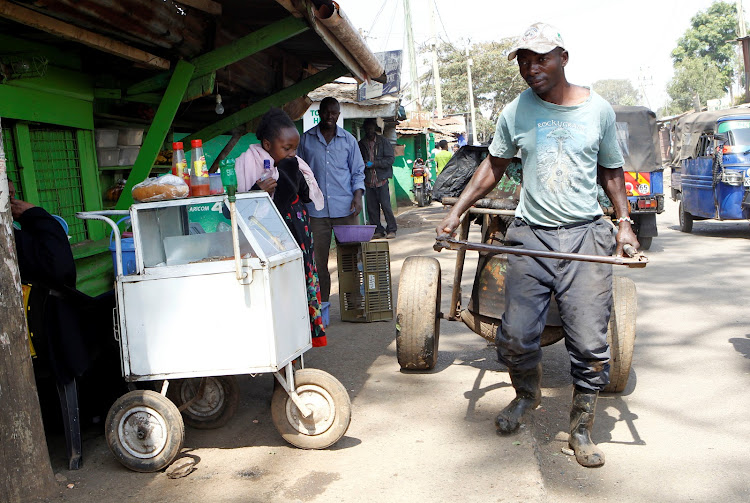 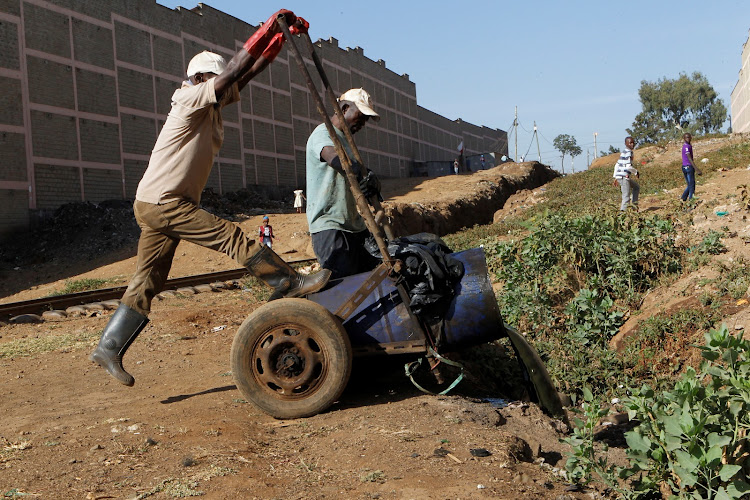 He hauls on a thin piece of rope to bring up the faecal soup in an old cooking-oil tin, then pours it into buckets before decanting it into an oil drum mounted on wheels.

Then he empties it into a tributary of the Nairobi River, which meanders through tree-lined neighbourhoods before traversing the khaki-coloured plains of Tsavo National Park and emptying into the Indian Ocean.

"If we didn't do this, the situation in Kibera would be much worse because there are no sewers. It would be a disaster," he said.

Globally, almost 80 per cent of the world's wastewater flows back into the ecosystem without proper treatment, meaning almost a quarter of people drink water contaminated with human waste, United Nations Water says.

That incubates deadly diseases, including cholera, dysentery, typhoid and polio. Pollution is one of the key themes at a United Nations environmental conference hosted by Kenya next week.

Osunda has never been sick in his 30 years of work, he said proudly. Charities once gave his three-man crew gumboots, gloves and overalls. But the equipment wore out and the foreigners went home, so these days he buys the gloves himself.

More than half of Kenya's urban population live in unplanned settlements like Kibera, the World Bank says. The warren of narrow dirt-paved alleys is home to at least 250,000 souls.

Osunda and his colleagues perform a social service, but they are no substitute for proper waste management, said Riccardo Zennaro, a programme officer for wastewater management at the United Nations Environment Program.

"They contribute to resolving the issue at a very local scale. However ... they are not really the solution," Zennaro said. "They are actually part of the challenge."

The construction of the much-awaited Sh20 billion power plant at Dandora dumpsite to help manage the thousands of tons of waste generated daily in ...
Counties
2 years ago
by REUTERS Reuters
News
11 March 2019 - 00:00